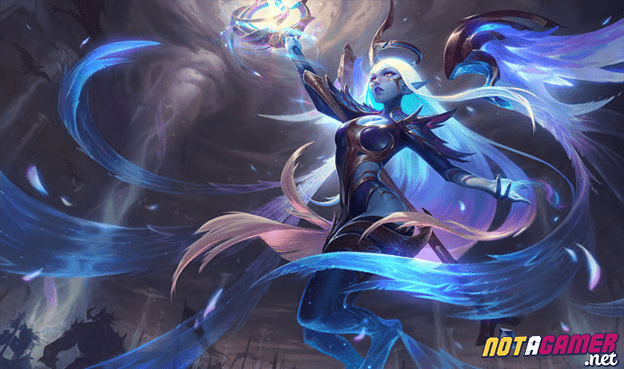 Basically, the plot of Soraka, Yasuo and Riven was almost unrelated when Soraka was introduced to Targon, Riven was Noxian and Yasuo was Ionian.

However, VS did not distinguish such land, only two sides were Order and Chaos.

According to the introduction, Dawnbringer Riven was the first incarnation of the Order, Nightbringer Yasuo was the ancestor of Chaos, this is the plot of the first VS event. Then we have Garen and Darius, and in the interaction of both Garen and Darius call Riven the and the Yasuo as “ancestors”.

If the Order of Chaos and Chaos continued normally in the following events, then there is nothing to say, but at the upcoming Night & Dawn event, we have 2 versions of Soraka on both sides: Dawnbringer & Nightbringer Soraka

This is extremely strange because according to common logic, the two sides must not share the sky and there is no story of a character with two personalities.

The most satisfactory explanation was revealed when the Dawnbringer & Nightbringer Soraka called Yasuo a “father” and the Riven is “mother”. This is the confirmation that Soraka is the daughter of Riven and Yasuo. (The Spotlight Skin Channel mistakenly records the Yasuo as Vladimir).