League of Legends: Doinb revealed a list of 5 champions who will own the Worlds 2019 skins 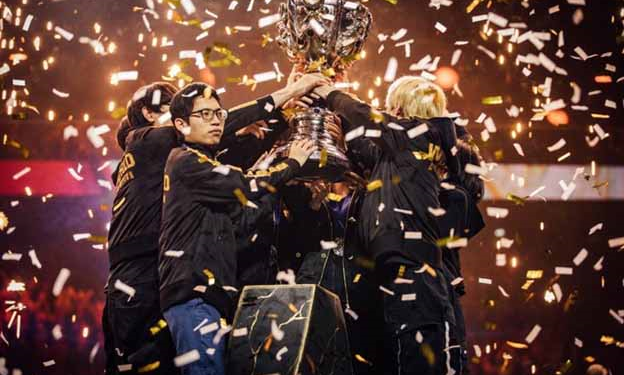 While doing the livestream, Kim “Doinb” Tae-sang shared that he wanted to choose Yasuo. However, he decided to change his mind to another champion at the last minute, along with revealing the identities of the other four champions.

As for his teammates, their choices made a lot sense in terms of their success during Worlds. Top laner Kim “GimGoon” Han-saem had played six games on Gangplank throughout the tournament. Similarly, jungler Gao “Tian” Tian-Liang had six Lee Sin games at Worlds.

AD carry Lin “Lwx” Wei-Xiang only chose Vayne twice at Worlds, but the champion is still one of the most popular marksmen in the game. Support Liu “Crisp” Qing-Song locked in Thresh four times and won every single game with the Chain Warden.

Doinb only played Malphite once during the tournament against GAM Esports—there were plenty of other champions that had more prominence during his team’s championship-winning run that he could have chosen. He explained, however, that he chose Malphite for his wife, because the pick is one of the few champions she uses

Doinb also acted so lovingly and loved his wife that it was revealed that this would be the best Malphite skin ever had. He also carefully instructed Riot Games staff by saying over and over… a hundred times about adding special dancing animation to this skin.

To know how special and attractive the Worlds 2019 skins is, we will need some more time before Riot Games announces it.