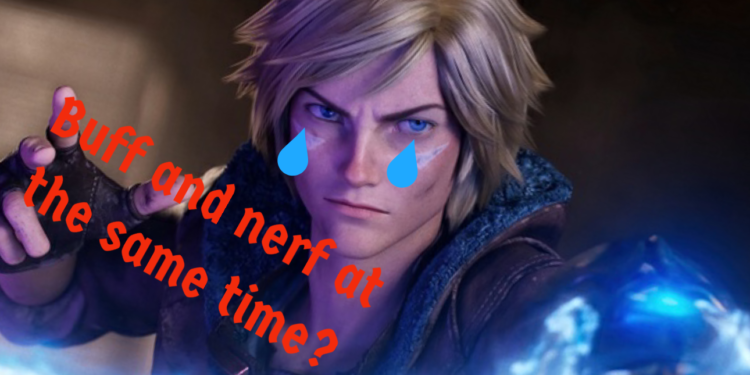 Ezreal just received a slight buff from Riot Games and making his way back on track, but the nerf on Manamune (Muramana) and Essence Reaver will have a significant impact on Ezreal in the upcoming League of legends patch.

According to an update on the PBE test server, both items were slightly modified. The Manamune will increase total price from 2900 to 3000 gold while Essence Reaver has its physical damage reduced from 55 to 45 AD.

These are two items that rarely used by any ADC other than Ezreal, which Ezreal has been using for years and seem to be irreplaceabled so it can be considered as an indirect nerf to this champion.

In patch 11.3, Ezreal got a slight buff and slowly making his return to the Rift, his Q – Mystic shot will now have 130% damage ratio, which is 10% higher than the previous patch. This also made this champion starting to reappear a lot on the Korean server, although the win rate is not really high.

However, the nerfing of the Manamune and Essence Reaver still remain a confusing move from Riot Games. There are still a lot of cool equipments like Verdant Barrier, Moonstone Renewer, Goredrinker,… that are dominating the meta and need a little “care”.

With not many champions using Manamune and Essence Reaver in League of legends, the aim to nerf directly at the stat or skills of a champion will be more helpful than targeting these two items.

However, this is only a test modification on PBE server. With the patch 11.4 is coming to the Rift, all the changes of these two items above, if applied, must wait until patch 11.5.