League of Legends: Faker is the most punished person SKT 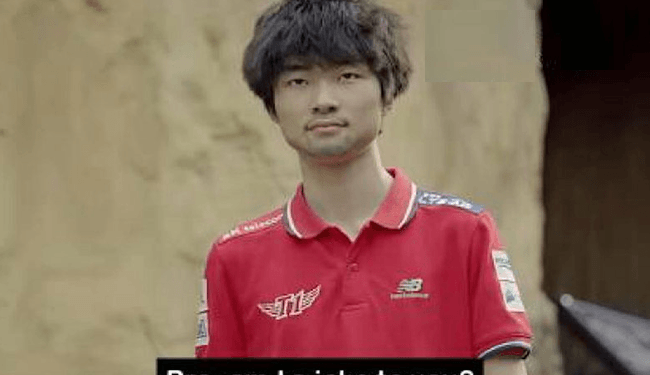 After announcing his retirement, Wolf had a stream with his fans, and also revealed many secret SKT stories.

Talking is confiding but actually Wolf just said bad things about his old friend, and the name most mentioned is Faker

Donation: SKT players used to have a swear jar, lolol. Who ended up paying the most amount of money?

*whispers into the mic*

*clears throat* Then I embezzled the money

According to Wolf, Faker is a quite toxic guy, on stream and chat ingame, Faker always shows himself as a man of few words, loves white, introverted and smiles.

But as a gamer, still try-hard as Faker, sometimes angry that let out a few swear words, or because he make mistakes is also normal.

Many gamers after hearing this story claim that this was because Faker had too much money, did not know what to do and decided to make an excuse to pay a fine.

While others assert that before Khan, Teddy or Clid appeared, Faker was undoubtedly the most formidable and fierce of SKT. Bang sometimes swears on the stream, but that’s when his teammates get insulted, Wolf only jokes, except for Marin, SKT rarely has a player who has a strong personality and often shows action or speech.