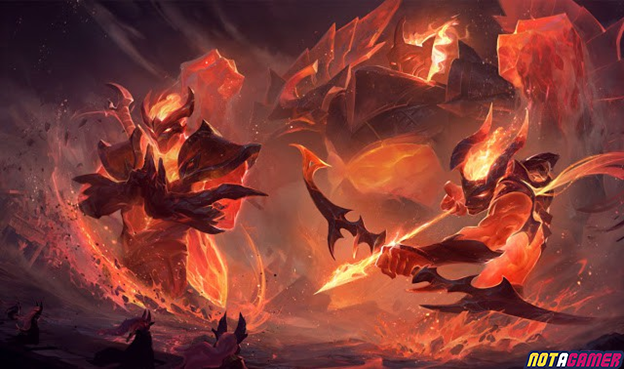 On the Reddit forum, an extremely hot topic was opened to condemn the way Riot Games makes money. This player’s view that the 2019 season is the worst season for League of Legends gamers when it comes to buying skins. Instead of launching new outfits, Riot Games is relying too much on old outfits.

There are many costumes that show a lack of ideas but still put in the Game. However, it is still sold at a very high price, about 1350 RP according to the price of the North American server. In the opinion of the Reddit community, the launch of costumes based on the old Skin group to make players want to own it fully and without creativity.

Besides, this player also criticized the creation of the Ingame of Riot Games event. The events in the game to introduce skins are similar and do not bring fighting spirit to the players.

This time, Skin Prestige Edition continues to be mercilessly criticized. This gamer thinks that those skins are like a colorful costume with a little golden effect added.

This topic has attracted a lot of comments. Gamers think that Riot Games should be creative in a different way. He is willing to spend a lot of money to buy trivial things like skins for the Summoner’s Rift map, voice-in game packages or even minion costumes.

In short, players are not afraid to spend money to own unique things, but as long as those things must bring satisfaction and make them feel worth the money. This guy thinks that taking advantage of the old costume lines, adding new champions in these skins seems to be the wrong step of Riot Games.