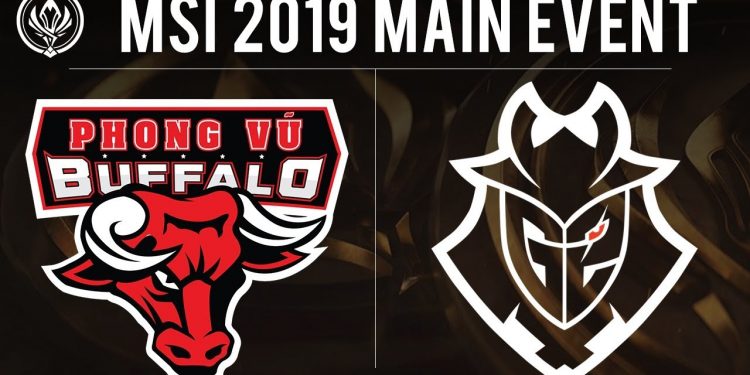 In the match against G2 for the second time in the tournament, PVB had a bit of a hardship when Leblanc in Caps’s hand had too many knock down point. This guy has two items very soon and constantly kills BigKoro in the blink of an eye.

However, the how much Perkz broke it down when only one situation was stunned by Zeros, Perkz immediately evaporated. Caps, despite trying to defeat BigKoro, but with the good preservation of Morgana, PVB’s gunner shot the world, bringing Baron and finally winning for Phong Vu Buffalo.

Soon there are a series of funny comments made by international gamers aimed at G2. Mostly G2 cannot fight against teams that beat faster than them, typically Invictus Gaming and Phong Vu Buffalo.

Many people believe that the tradition of losing to Vietnam and winning South Korea has already eaten in the blood of European gamers, some even call Jankos “Giang Van Cot comrade” when this is not the first time this guy took the pressure when confronting Vietnamese teams.

However, PVB’s next chance to continue MSI 2019 is officially stopped after FW lost to IG.

As for the last match, I hope PVB will perform a nice game and win “honor” that will make fans feel satisfied.