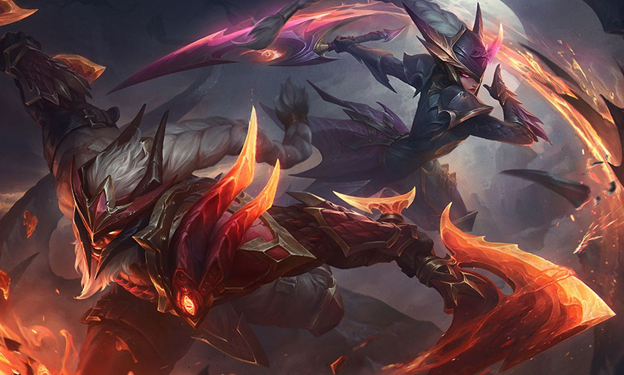 However, one thing that few people know is that Q’s flying speed is slower than R’s incoming speed and sometimes makes this ability not be restored because the is killed by the previous Q.

However, with the rework of Diana in 9.24 and the change of E and R, Riot Games has overcome the above and this is considered as an buff for Diana.

After being reworked and transformed into an E skill, Moonfall will always cooldown even if Q finishes the target flying, as long as that target has been subjected to Moonlight effects from Q.

This is an extremely useful buff for Diana to help her approach the opponent when the road is much better by Q on minions and use it as a fulcrum to dash to the enemy. It is quite strange that this buff is extremely important in Diana’s gameplay but has not been mentioned by Riot Games in the updated 9.24 version.