League of Legends: Gamers say that the Eternals system is just a copy of DOTA Plus? 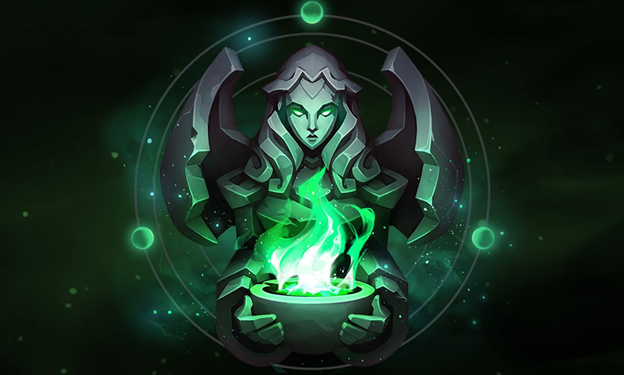 After the information that Riot Games will deploy the Eternals system to the League of Legends, this system was introduced as a target for gamers in addition to ranking systems and Mastery.

With the newly introduced, this system shows you only one way to show your understanding to the currently playing champion is to add effects when Ctrl + 6.

More simply, the process you do with your achievements is nearly meaningless when the opponent cannot see it, simply because League of Legends does not allow players to view other gamers’ records while in battle, something that the player has asked for a long time ago.

All of these things are acceptable until Riot says that you have to unlock this feature with RP.

Immediately a series of posts appeared on Reddit protesting against Riot’s decision, it was said that Riot Games was only trying to earn as much as possible while players received it back as animation mastery. Even the name of Reddit page of League of Legends changed its name to League of Eternal $ with the last hint that this system was created to collect money from players only.

If you compare this feature with a similar product, DOTA Plus of DOTA 2, you will notice that this Eternals system is just a failed copy. the same details from how to build items suit the meta, suggest choosing the right champion for the team, how to split the lane, even this Valve product even calculates the winning rate of each team with the match time.

Besides that. The part of DOTA Plus showing off skills of players is better than what Riot is developing a lot. When entering the game, the player’s Mastery will show up always on your hero icon, when you see the player’s profile, you can see the achievements of your teammates or opponents. You will even have extremely high quality sentences with every champion in the chat wheel.

In addition, with the points Shard collected during DOTA Plus’s quest, you can switch to the extremely beautiful “golden” set in the store. Valve has actually created a valuable product for players with DOTA Plus.

Going back to the Eternals System, gamers have to spend money without any effect, or at least others can’t see anything, apart from a little decoration on emote fluently. This Riot product is making gamers extremely angry, it seems like the publisher thinks something is coming out, gamers will buy it, no matter how bad it is.