League of Legends: How did Riot Games entice we playing LoL? This is how Riot Games representatives have just shared 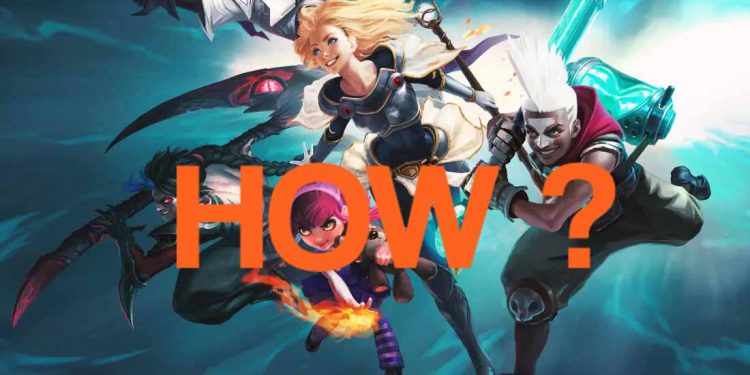 Not only League of Legends, Riot has launched the Teamfight Tactics and introducing many other games in 2020. And behind these successes are the secrets of Riot Games.

Riot fired the first shot in the series of 10-year anniversary events of League of Legends, which made the community extremely surprised and equally exciting. Undeniably the power of the stream has helped convey information extremely quickly to fans, today community leader Ryan “Riot Cactopus” Rigney, has shared 5 ways they can entice players.

The first mentioned tactic that Riot used for Teamfight Tactics game mode, which is obviously inspired by Dota AutoChess. Entitled “My Made”, Cactopus says that the most important thing among developers is to name their rivals and acknowledge some of the ideas like the idea for TFT from Auto Chess. As a result, people are completely satisfied with the honesty of Riot.

Using meme is another tactic that Riot has used, especially when the TFT is about to launch a mobile version. This is the highlight for the publisher to get closer to the audience through the new medium, using the extremely famous satire from Blizzard: “Do you guys have a smartphone?”, Which follows then they ignore the mobile market when exaggerating the game.

The third strategy that Riot Cactopus explains is to show your and your team ‘s passion for the job. For example, the team behind the Wild Rift like spending their adolescence with blood, sweat and tears to make them look great. This is why we have so many great cinematic products this year.

“People will respect what you make if you appreciate it,” Cactopus said. “When you make something that looks good just because it’s been requested, it’s just symbolic with a little bit of prestige”. But if you dig deeper, you’ll realize you can do even more. ”

Not all of these games are exciting for every League player. But almost everyone will be excited by AT LEAST ONE of those games. By showing all four at once, the takeaway was “Riot is making something for me.”

Your core audience NEEDS to know you’re gonna take care of them. So when you make something that’ll appeal to only one segment, consider bundling it with something that’ll delight the rest. That’s why we did all of these game announces alongside the League 10 year celebration.

Another way to bring the new game closer to the public is to surprise and delight loyal players. Cactopus said that during the 10-year anniversary, they decided to reveal all four new games at the same time (TFT Mobile, Legend Runeterra, League of Legends: Wild Rift, Project A) because in this way, people will be excited by at least one of those games. It was like Riot did it for everyone, no one was left behind, which is why the video received such a big reception.

Thanks to all of that, the way Riot has announced all the games has gotten more excited than ever. Even the team has calculated the ability of the audience to react, accepting all possible risks. Other companies may consider this a good strategy as this is heartfelt advice, especially for future games.