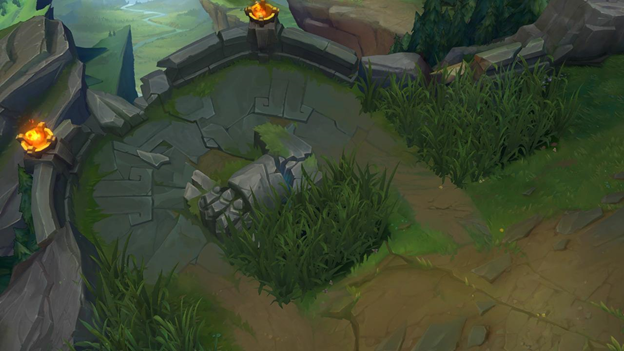 If you’re the one waiting for big updates, the good news is that Riot Games will bring a lot of changes in the Pre-Season 2020 – according to the special issue of “Riot Pls” on the occasion of the game’s 10th birthday. .

And one of the content introduced by Riot is called “Rise of the Element” along with a lot of big changes on Summoner’s Rift.

The new Elemental system will change the way people see and experience SR.

Each Element has a unique impact on combat, battle position, vision, target control, blood and more. This means that the matches will be different, even if the players still use the old champions.

We don’t expect alcoves to be used constantly throughout lane phase. But every so often, players may turn a 2v3 into a double kill, or perhaps escape certain death due to the unique layout of an alcove. We look forward to seeing how players make use of them when they hit the Rift.

Finally, there are two new patches of permanent brush opposite the Baron and Dragon pits. These open areas to the river are high traffic, but lack the map features that create playmaking possibilities. New brush opens up a lot of new strategic and tactical options.