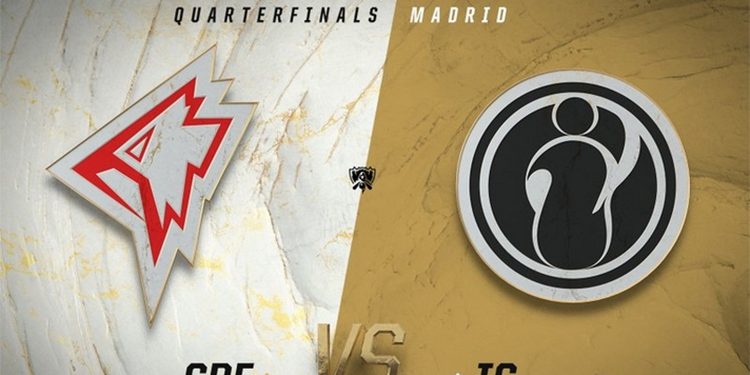 Griffin was unable to improve the series of bad achievements in Bo5 matches, when they were confronted by a monster named TheShy.

A match between the king finding his way to the throne and super rookie at Worlds 2019, though not too dramatic but enough for the world to see the power of Invictus Gaming against Griffin.

Having the first half of the game fairly balanced, GRF suddenly broke down after deciding to put all the damage on Gragas and Lulu in the fight in the 39th minute, leaving JackeyLove’s Kog’Maw comfortable to deal damage from behind.

With Kayle in the top lane, TheShy even gained a big advantage in the laning phase despite facing Jayce in Sword’s hands. Then when the fighting broke out, the IG team completely outnumbered with Kai’Sa as well as Kayle.

In the end, GRF “self-destructed” during the fight at Baron, Lehends’s Rakan was nearly defeated, supported by Galio with Hero’s Entrance (R) but Rakan glided back, leading to IG’s formation momentum rushed to shatter the opponent.

Griffin got off to a good start in game 3 with Sion Mid. Their goal is to focus on ganking the bot lane so that Viper can be comfortable in his Farm.

However, TheShy’s Vladimir was constantly strayed and captured, but this time, the whole team of IG went into battle but were defeated and created Pentakill for Viper. GRF quickly got Baron soon after.

Afterwards, Ning kicked Viper back, but with Kayle’s Divine Judgment (R), Viper survived and returned the damage to the IG squad. GRF ended the game, gaining the first victory in the series of bo5 matches.

The first gank in Ning’s top lane helped TheShy roll the snowball incredibly hard against the opponent is Jayce of Sword.

After that, TheShy was able to farm freely, destroying half of the GRF map. When the teamfight broke out, Kayle displayed a fearsome power with huge damage, bringing Baron right at 20 minutes for IG.

Until Baron, IG completely destroyed the opponent despite fighting in the forest – where Baron buff did not have many advantages.

IG gently ended the game with a huge difference coming from all the indicators. The defending champion Worlds officially entered the semi-finals after defeating GRF.