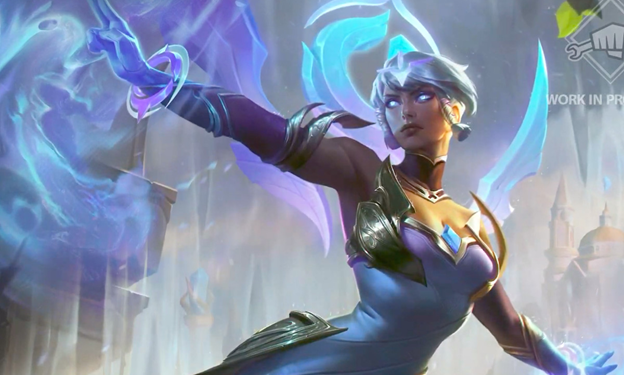 Skins have been an indispensable in the game and League of Legends is no exception. skins sometimes change just the appearance, more sophisticated will change the effect of skills, sounds and manipulation of the champions.

Up to the present time, League of Legends has owned 984 skins with many different themes such as: Project, Halloween, Star Guardians, Dark Star,etc. The KDA group with the MV POP / STARS debuted in Worlds 2018 has been well received by many players.

With the information being leaked recently, Riot is about to launch a new group called True Damage. With Riot investing heavily in music, True Damage will be a highly anticipated outfit in the near future.

In a video celebrating the 10th anniversary of League of Legends, Riot also revealed his Social Impact Fund project. On the occasion of the launch of the Social Impact Fund, Riot announced Karma’s Splash Art. All revenue from the outfit will be donated to the Fund by Riot for upcoming campaigns.

With only 6 more skins, the League of Legends will reach 1000 skins. Which names will be chosen for the next costume project? And more specifically, which champion will be honored as the 1000th outfit of League of Legends? Is it Lux, Ahri or Ezreal?