League of Legends: Leak New Champion Par’Xzi – There are 24 different types of transformations 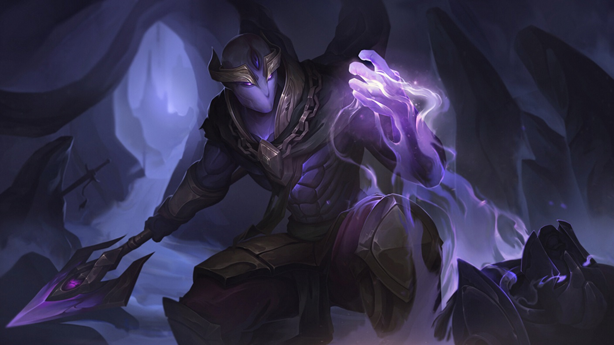 Recently, a mysterious Reddit user posted a series of information about the new champion. According to the post, this champion is called Par’Xzi. He has a unique ability that can interact with monsters.

According to Reddit and Twitter, Par’Xzi will be the 150th champion in League of Legends. The “leaked” Reddit thread got deleted right after. However, the information about this champion has spread. He is like a mix of Kha’Zix and Ivern.

A bit similar to Ivern, Par’Xzi can absorb jungle monsters. All he absorbs will help him evolve, similar to Kha’Zix and Kayn’s skillset. Based on the leaked info, his evolution is going to look like this:

Par’Xzi can absorb Wolves or Raptors after a 10 seconds channel. Depends on the monsters he absorbs, his skillset will change in different ways. If Par’Xzi absorbs the wolves, he will become a melee champion. If he absorbs the raptors, he will turn into a ranged champion.

Par’Xzi can absorb Krugs, Gromp or Scuttle Rift. Each monster will give him different benefits. If Par’Xzi absorbs the Gromp, his skills will deal AP damage; Krugs for AD damage; and Scuttler Rift for sustain.

Par’xzi can absorb Dragon and/or Baron Nashor only works after his team killed it. Dragon will make his skills turn into AoE; Baron will give him the ability to deal damage on a single target.

Par’Xzi (pronounced as Park – Zee) unofficially announced as a new jungle. He is a cute, mischievous void parasite and kind of looks like Kog’Maw.

Par’Xzi’s gameplay depends on the player. The payer can turn him into 24 evolution forms depending on the monsters he absorbed.

About the Splash Art of “Par’Xzi”

This image is NOT an official splash art of Par’Xzi. In addition, this is a fan-made/ fanart champion of a Game Artist. You can see this project here on his Artstation: ♦️ Ezromist ♦️

Riot Games tend to be really strict with their projects, and they would not want to leak the whole concept of art or splash art of a new champion or new events ahead. All of the posts about this new champion on Reddit are now deleted.

NOTE: There is still no official announcement about this champion from Riot Games.

So what do you think about this new champion?

Will he be able to play as any role on the map based on his skillset?