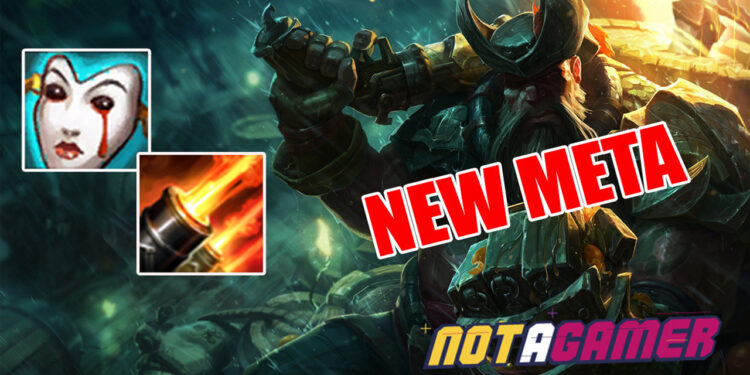 Recently, Gangplank with Liandry’s Torment has suddenly been used by a lot of pro players

With champions published a long time ago in LoL, players usually do not try purchasing new items or bringing new runes as their playstyles were already created by lots of pro players and experts in the past, why do they have to create new ones? However, creativity has never been excessive. For instance, Faker brought Predator Galio into LCK and last night, Gangplank – an extremely familiar name, appeared in LEC with a bizarre item: Liandry’s Torment!!!

So, why was an AP item used by an AD champion like Gangplank? Firstly, we have to look at what this item:

If we ignore the amount of AP provided, this item gives you additional damage with the maximum of 10% as well as damage equal to enemies’ maximum HP. With those enhancements, his R – Cannon Barrage will be strengthened a lot due to this item’s passive as this skill already has slowdown and even stronger with the Death’s Daughter upgrade.

Besides, this skill also helps Gangplank to have the maximum number of this item passive’s stack with a freaking speed and those stacks are things that make his amount of damage become literally unpredictable. Moreover, the burning damage of this item is equal to 1.5%/2.5% of enemies’ maximum HP, so the more maximum HP his enemies have, the larger his amount of damage will become.

Nevertheless, the big question is, why have a huge number of pro players been using this item for Gangplank while they still can deal loads of damage due to his E – Powder Keg?

There’s no doubt that his traditional playstyle has an enormous amount of damage thanks to his powder kegs, but your power is too dependent on this skill and those powder kegs can be destroyed easily by pro players who are conscious of Gangplank’s mechanism. If the enemy team has incredibly great teamwork, it will be difficult for him to make them completely surprise with his powder kegs.

However, with Liandry’s Torment, Cannon Barrage will become one of his main source of damage as well as make sure that you can contribute your damage to every team fight, from small to large ones. It also strengthens his Q – Parrrley, an unavoidable skill. Once he owns the Death’s Daughter upgrade bought with 500 Silver Serpents, Liandry’s Torment’s burning damage will become a nightmare.

Conclusionally, Liandry’s Torment Gangplank is a playstyle that makes this champion much more flexible as no longer does his power depend on his powder kegs. If you can’t attend a team fight, just use your R and you will see how large your damage is. His traditional playstyle is still really powerful, but this new one seems much more efficient and hilarious, maybe.

There are some interesting news about our next patch, read it here!!!