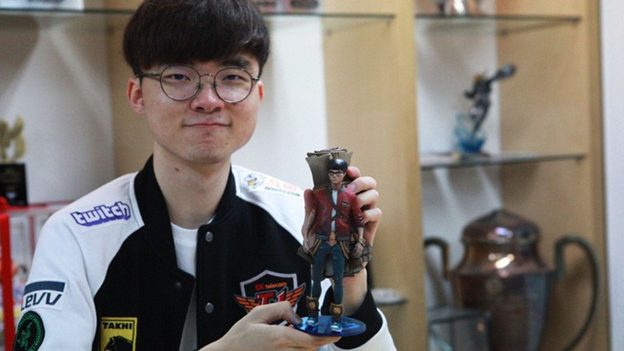 This will be the first time that League of Legends fans has received the same reward with their idols.

In 2019, with the cooperation between Riot Games and Mastercarrd, Mastercard has officially become the exclusive financial service partner of the League of Legends Championship Series (LCS), and the organization The organization also shared an additional reward for both LCS players and viewers of this tournament.

More specifically, this award is called Player of the Week (POTW) – can be roughly interpreted as MVP / best player of the week. This prize is a 3D statue of the player who won the prize. Fans who correctly anticipate POTW according to Mastercard’s rules will also have a chance to receive a statue similar to their predictions (15 people will be selected every week, only North American citizens can participate). With this event of Mastercard, this will be the first time fans receive the same reward with competitors in a tournament.

In addition, Mastercard users also have the opportunity to draw a lottery for all 9 POTW statues of the Spring 2020 LCS.

Riot Games also introduces another partner that will bring players a completely new digital experience, GreenPark Sports. This new partner was founded by leaders from Youtube, Zappos and Blitz to create a new mobile gaming era for esports fans. They promise to create many playgrounds that help viewers use their understanding of the game, prove themselves and receive attractive rewards both in the game and in real life.

With the exception of some touring events, all games of the LCS are played live at Riot Games’ studios in Los Angeles, California. In addition to a small studio audience, all games are streamed live in several languages on Twitch and YouTube, with broadcasts regularly attracting over 300,000 viewers.

The popularity and success of the LCS have attracted significant media attention. On September 30, 2016, the French Senate unanimously adopted the last version of the Numeric Law, significantly improving the visa process for LCS players and eSports athletes in general, giving a legal frame to eSports contracts, introducing mechanisms to ensure payment of cash prizes, specifying rights for minor eSport athletes, and more. A few months before, France also introduced a new eSports federation, “France eSports”, which has the duty to be a representative body of esports towards the government and serve as a “partner of the French National Olympic and Sports Committee for all matters relating to the recognition of electronic sports as sport in itself.” The US government is also granting athlete visas for LCS competitors. The first LCS player to be awarded a P visa was Danny “Shiphtur” Le. The LCS has attracted sponsorships from Acer, Coca-Cola and American Express. “League of Legends Championship Series” is a Delaware limited liability company.