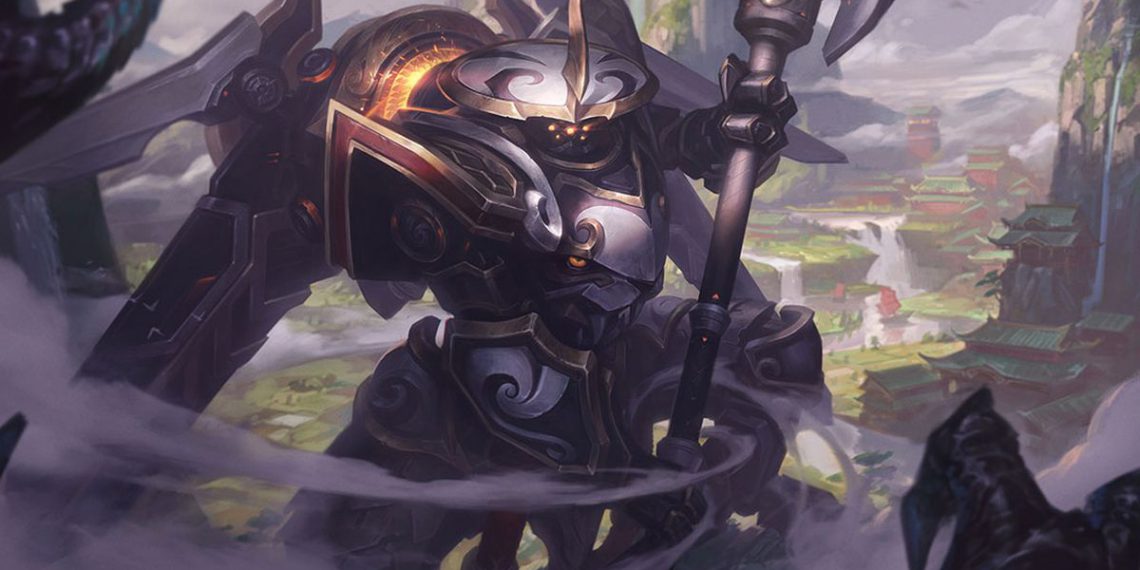 For Mecha Kingdoms, Riot Games wanted to tap back into the fantasy of Eastern-inspired mythology. Drawing a lof from histories such as the Three Kingdoms and Chinese history.

They wanted these skins to have a cool, futuristic, sci-fi twist.

In this Universe, there are three Kingdoms and outer territories as well who fought to rule across the land.

Suddenly, there are these giant leviathans came up from the sea as they were invading humanity. The people weren’t able to defeat these monsters with their normal human armies.

With all the Kingdoms united, these mechs are going into battle against these monsters.

Riot Games’ developers wanted to blend between the organic flowy shape that they have established in the Lunar Revel line, layered into details and filigree on the mechs.

The Champion Skin Dev was really focused on every single detail in these skin. Especially, for the Mecha Kingdoms Jax’s recall. When recalling, he will land in a small little village that players can see what that town looks like.

Same with his respawn, he will be carried in by little floating armada ships that are delivering the mech to the base. When Jax runs into battle, the ships fly with him as well.

What makes Mecha Kingdoms different from other Mecha Skins?

According to Riot’s Sound Designer JP Aller, Riot Games did a lot of movement and mechanic sound effects experiments on these skins to push them into a higher level of design.

He also said that the Mecha Kingdoms series have magic influence. In detail, when the players use the Ultimate, there will be sparks and electricity around these champions like there’s magic in it.

Another thing that makes these skins separate from other Mecha skins and New Year skins is that Mecha Kingdoms’ designs will feel like they were built in the period in East Asian mythology.

In conclusion, the new Mecha Kingdoms skins not only have and interesting visual, but also a sense of scale and grandeur by its sound and visual effects.

Watch More in this Behind the Scenes video of Mecha Kingdoms Skins: