League of Legends: The most Notable Rookies debut in season 2020! 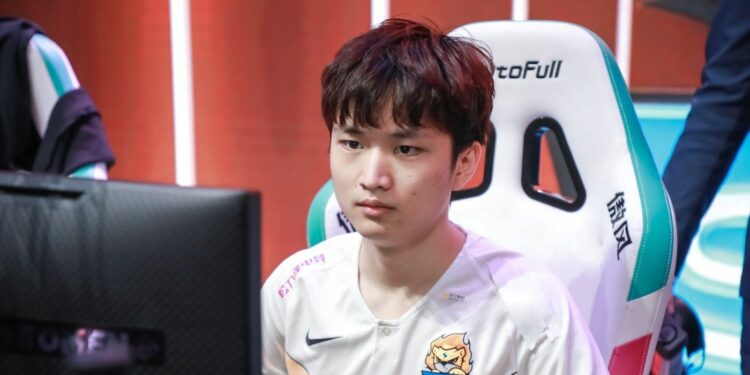 A new talented generation is being formed!

In 2020, many veteran players of League of Legends decided to retire from their professional careers. However, the old generations are bound to be replaced by the young ones. 2020 is also the year that League of Legends fans could see many potential young players appear and promise to be new stars in the future.

Tactical is known as a substitute for Doublelift in the Spring Season 2020 for Team Liquid. It wasn’t until the Summer Season that he was given the chance to join the starting lineup at Team Liquid and had an impressive performance against another rookie in the LCS.

During the Summer Season, Tactical ranked fifth in the list of players with the best KDA in the tournament, and he was also the second-highest kills AD carry in the LCS (based on Oracle’s Elixir’s stats). With his transformative and assertive playstyle, Tactical is indeed a gem of the North American area.

With CoreJJ’s support and help, this young ADC is set to go even further in 2021 and will be the future of LCS.

Canna was previously a member of T1’s youth team and was promoted to the main team at the end of 2019. During the last 2020 season, Canna has proven that he can fully integrate into the professional League of Legends playing environment in the LCK and has a very stable performance in T1’s roster.

Canna is the player with the best KDA in the top lane, he also has the second highest kills and assists among his peers. With such an impressive debut, T1 decided to keep Canna in two more seasons with a new contract after season 2020 ended.

Keria is the youngest player on this list, 18 years old this year but was considered one of the best support players in the LCK last season. In the Summer Season, Keria took the top spot among all the players with 401 assists, a kill participation rate of 72.3% and a top first blood rate of 29% (due to League of Legends data).

With a wide pool of champions and good situation readability, Keria and Deft last season made a formidable bot lane duo in the LCK. Next season, Keria will join T1 and promise to be a valuable contract for this team.

Huanfeng emerged as a new phenomenon at the LPL, the 19-year-old AD carry has greatly contributed to Suning’s success in the past year. He has been one of Suning’s notable players this season and has performed very well at Worlds.

ADC champions like Ezreal and Jhin have made Huanfeng a name for the past season. He is remembered by the fans for the Curtain Call from the Nexus of the enemy in the match against JD Gaming in the quarterfinals. Fans are really looking forward to Huanfeng’s performance next season.

Bin is also a player with a very explosive performance this season! He was one of the prominent top laners in the LPL last summer, but it wasn’t until Worlds that he really caught everyone’s attention!

Champs like Jax, Gangplank, or Bin’s Fiora are all extremely dangerous when falling into the hands of this guy. He can also use ordinary hot picks of the meta for the game. Bin is also the tournament’s third most kills player and the top laner dealing the greatest damage in fights.

The next season 2020 promises to be worth watching. Let’s follow the performances of these young stars in the upcoming season! Guess who will be the next “Unkillable Demon King” of League of Legends!