League of Legends: MSI 2019 – Crushing G2, PVB has the first victory at MSI after 3 days of competition 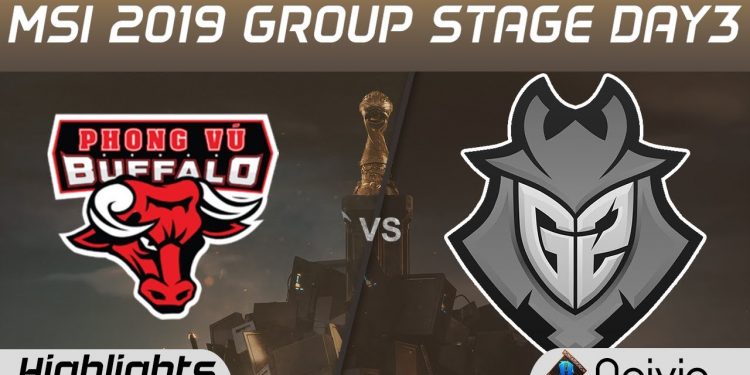 It was not until the fifth match that PVB won their first victory at MSI, more unexpected than the loser who was “the distant son” G2.

Achievements are no longer so important to PVB after 4 losing matches, so their psychology is somewhat relieved. The selected generals of PVB are strong generals, G2 chooses Karthus for Jungle, this is an opportunity for Meliodas to show to Rek’Sai.

PVB has changed completely in this match, right from the initial stage, the jungle man on the side of PVB play very well with the bloodthirsty and ganking play right after the opportunity.

Confronting a Karthus, Rek’Sai freely went to gank all the way without being afraid to 1 vs 1 or 2 vs 2. So, PVB takes advantage of at all roads that Rek’Sai is present. VCS-style made G2 unable to catch up.

G2 only had to shrink into defense and many farm creeps as possible. But that is also what PVB wants, every time there is a point of defeating Rek’Sai constantly supporting the whole big target.

Rek’Sai in Meliodas hands seems immortal to the terrible KDA. No one can stop PVB whenever the 5 members gather. The amount of weak damage from Perkz vs Caps cannot penetrate PVB members’ defenses.

The huge 10,000 gold difference at 25 minutes is a dream figure no one dared to think about in this confrontation and the difference was 21,000 gold until the end of the game. PVB won its first victory at MSI 2019.