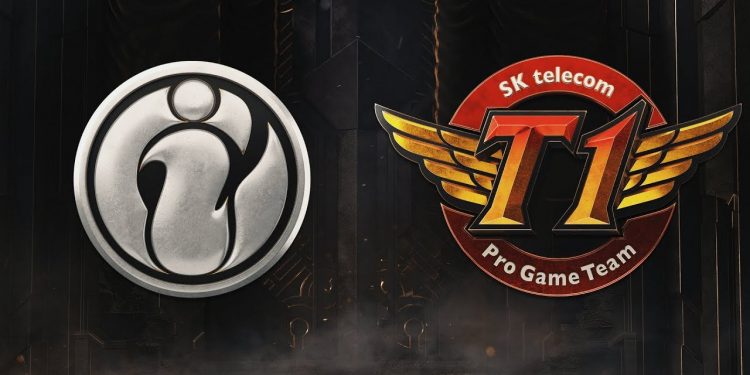 An offensive squad is used with Sylas – Top Lane, Zoe – Mid Lane and Kai’sa – Galio the Bot Lane. Ning uses Xinzhao for his jungle selection. On SKT’s side, they chose a defensive lineup – very strong counterattack. It was Jarvan for Clid and hand Kennen for Khan. Ryze is also a very interesting choice and this time it belongs to Faker. SKT’s Bot Lane pair is Lucian – Braum.

iG with a stronger champions at the beginning of the battle put pressure on the middle line and the upper line. They a lot of advantages with a very strong Sylas in the upper line after 2 points of defeat. But Faker still played well with a steady number of creeps despite a lot of pressure.

SKT quickly created many advantages when their lineup gathered 5 members. It was the time of Ryze and Lucian’s damage in the hands of SKT’s leaders that made iG frustrated. Ning is too weak with the KDA index so bad and can’t go to the opponent alone. Likewise, iG’s Zoe and Kai’sa don’t have the necessary items to finish off any SKT member.

SKT finishes Baron after a successful fight at the 23rd minute. Ning is knocked out when he tries to plunder Baron, the former of TheShy. iG is really having trouble with SKT in this return leg.

SKT did not make any mistakes in the subsequent fighting phases. The huge disparity caused Ning to venture into the opponent’s two members Braum and Jarvan, SKT completely destroyed iG and swept the opponent in the 32nd minute. SKT destroyed iG’s Nexus. So iG had their first defeat at MSI this year, which promises to make the Knock out round even more attractive when the Bo5 matches are played.