League of Legends: MSI 2019 – G2 poured out all anger on SKT after losing to PVB, Is SKT still an honor of LCK? 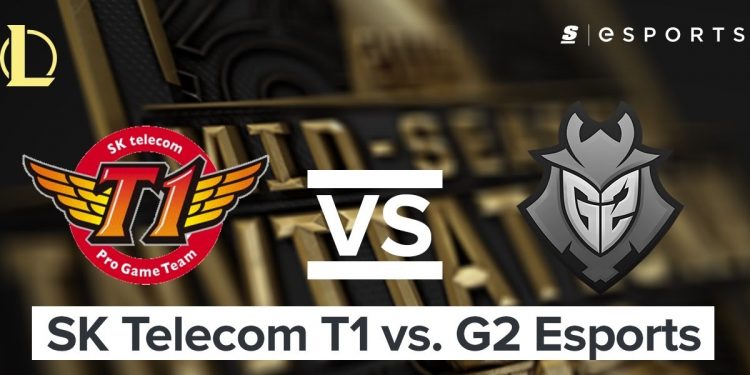 SKT is called Dream Team ?? In fact, they are just the humiliation of LCK. A comment on Reddit said about this defeat

Both teams have the same coefficient with 3-2 achievements after 5 matches. This could be said to be an important match so the choice that SKT has towards is with Azir for Faker and Missfortune for Teddy.

However, G2 made the choice of Pyke on the to confront Jayce in Khan’s hand.

SKT did very well with his strategy in the Jayce match with Pyke. 15 minutes first at the beginning is the time when SKT completely owns the road area and Jungle.

Helped by Clid, Jayce in Khan’s hand completely overpowered the road on the G2, but it seemed that the game would be the upper Snowball but not. It was SKT who blocked his snowball !!!

After a phase in the 17th minute when Faker returned, the SKT member wanted to fight. G2 immediately punished SKT’s wrong punishment with Pyke’s ultimate damage.

Consecutive points are defeated, G2 reversed the game. Not stopping there, despite having a weak first stage but when items, Pyke proved extremely effective in shutdown weak targets from SKT.

Unable to control Pyke, SKT could not hold the position for 2 main forces to deal damage. SKT failed for the second time in a row against the G2 at MSI 2019.