League of Legends: MSI 2019 – G2 Win SKT: The first day blockbuster, SKT is defeated by Perkz and his accomplices 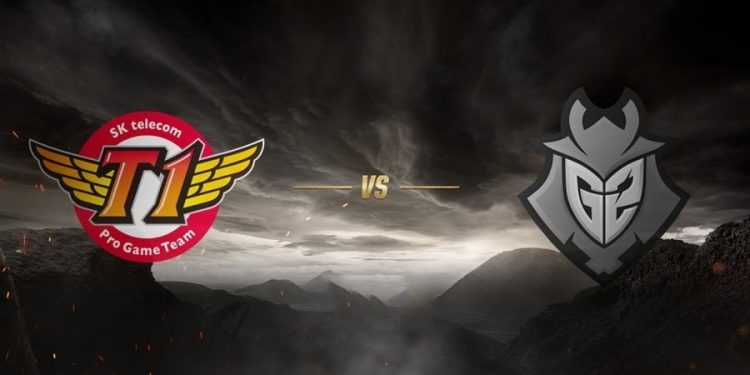 Condolences for SKT fans and congratulating G2 as well as their fans for a positive start.

It can be said that Riot was extremely delicate when choosing SKT T1 and G2 Esports are two opening names for MSI 2019. One side is the power that dominates Europe with talents such as Caps, Perkz and Jankos. Meanwhile, the representative of Korea is getting more attention, when this is the first time the audience will have the opportunity to witness SKT return to the international arena after being absent from the World Championship 2018.

Before the match, up to 70% of fans believed in an opening victory for Korean representatives. But in the opposite direction, Caps even boldly stated that they will be the team to take down IG at MSI this year. And it seems, G2 eSports representative has reason to be so confident.

From the Ban / Pick stage, SKT may be very afraid of heterosexual tactics from the representatives of Europe when they banned the generals like Karthus, Sona, and Rek’Sai. In return, they chose a fairly basic tactic with the right-handed generals like Ezeral for Teddy and especially Azir for Faker.

The opening match of MSI 2019 is probably extremely important to the mentality of 2 teams so both are actively taking the fight very slowly, without the usual invasion phases or flashy points that are just in control. and move.

But G2 is the better team in this respect. Elise has done a good job Gank for Jayce and created a terrible difference in numbers Creeps for Wunder. In the Bot lane, Perkz also completely separated the number of creeps compared to the opposite Ezreal.

Therefore, there is no need to control the entire target big, but G2 still does better in earning its own gold for the match. They left difference 5000 money in the 25th minute.

A small fight was organized and G2 were the ones who did better in this situation. Although the game situation can make the audience hsleeping, exactly what Europeans want. Catching the main source of damage from SKT as well as their forest goers, G2 was not difficult to set up a successful Baron phase and pushed the money difference to 10000 immediately after.

The overwhelming battle was set up immediately when G2 was too big in the position of the gunner as well as the upper line, Perkz was discharged a comfortable damage that no one on the SKT side could touch a 4-equipped Xayah. Destroy the SKT squad, G2 destroy Faker and the team in the battle, MSI 2019.