League of Legends Patch 10.16 : Syndra and Bard have been nerfed, Akali is coming back? 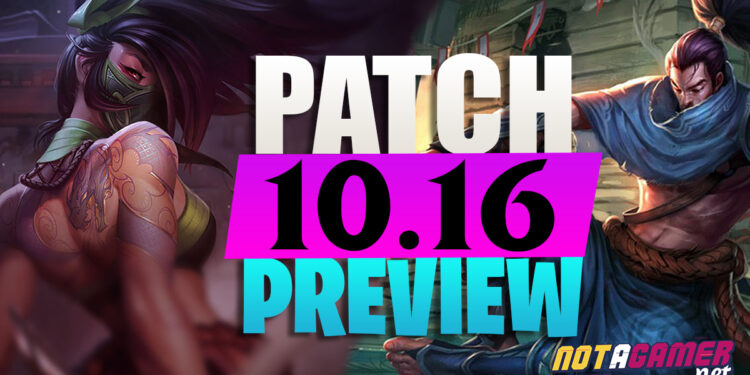 Patch 10.16 includes a big list of buffs and nerfs but most of these changes are going to be small ones. This patch will diversify the playoffs meta before fine tuning it for worlds.

Another patch is finally arriving! Mark Yetter aka Riot Scruffy revealed the upcoming changes for patch 10.16 in his Tweet posted a few hours ago. This patch will bring us some nerfs for champions which have appeared a lot in ban/pick phase of matches in soloQs as well as professional leagues and some buffs in order to bring out-of-meta champions back to the game. Now let’s see what do we have in this patch.

The number of buffed champion seems quite huge in patch 10.16. Some of those which have disappeared recently like Miss Fortune, Neeko or Tristana will hopefully come back to the meta due to these small buffs.

Miss Fortune used to be a hot pick worldwide but after receiving some nerfs, she literally disappeared for a period of time. So let’s see whether or not she will be back in this patch.

And our familiar name, Akali, have been surprisingly buffed in this patch. Akali have been abandoned in professional leagues and still not a good choice in ranked. Her pick rate in patch 10.15 was 6.7%, not too bad but her win rate was just 46.83% after being nerfed uncountable times. This will probably be a small buff to bring her back to summer playoffs and worlds.

Toplaners which appear most in ranked such as Fiora and Jax are also buffed, probably to strengthen the split push playstyle in ranked and even professional leagues. Moreover, Yasuo is BUFFED! He seems quite weak against rangers and mages in laning phase after his W was nerfed, so maybe in this patch, we will see him more often. And lastly, some supporters like Morgana and Rakan are also buffed so as to attend summer playoffs and worlds.

After being so OP and nearly usable for every champion, Nimbus Cloak has been finally nerfed in patch 10.16! Its ability of providing melee champions with an unbelievable movement speed seems quite unbalance, so this nerf appears understandable. Volibear initially having low win rate, but once players figured out how to abuse his kit, especially in pro plays, he became an extremely OP jungler with the ultimate ability of diving.

Besides, a nerf for Sett seems reasonable as he is now a “4-lane” champion and can play all roles efficiently. In addition, nerfing Nimbus Cloak also contributes to weakening Sett as it is the only thing that can compensate his weakness of lacking approaching speed.

Ashe has seemed to be a good choice after other meta ADCs was nerfed, so that she will be nerfed a bit. Syndra has been quite OP since last patch and become a hot pick in some professional leagues.

Kha’zix appears in this list all because he was previously overbuffed. He can get the objects, killing lonely targets and snowball quite easy, also his flexibility and insivibility are too difficult to counter, especially with casual players, so this nerf will bring him back to his suitable place.

Next, Karthus and Bard had impressive winrates in patch 10.15, especially Bard with his outstanding ability of opening team fights as well as his extremely useful E which can be used to escape, chase, roam,… About Karthus, he is literally a press-R-to-win champion. He just need to farm and once he has necessary items, he will become a truly monster! Other changes for Nocturne Mid, Karma and Nautilus will weaken them a bit and also probably decrease the number of time they appear…

Other: Yone is coming!!!

As we have known, our new champion – Yone, will be published on live servers in patch 10.16. He is now available on PBE server so you can test him before he officially comes.