League of Legends: Players redesigned the Riven model in the game as beautifully as it was in the Awaken MV 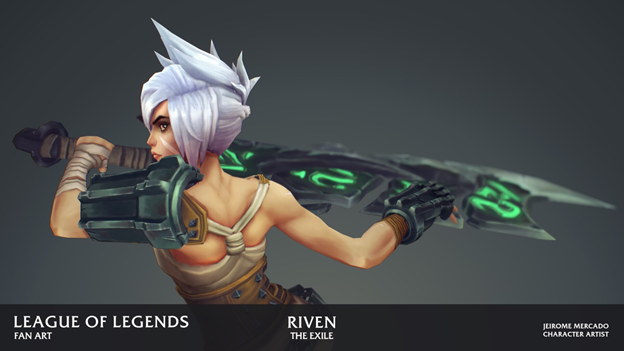 10 years have passed. Riot has made LoL become one of the most popular MOBA games in the world. With the criteria “by gamers, for gamers” Riot Games has done a lot of things to make game popular worldwide.

From game design, meta balance, creating new champions, to upgrading other features in the game … Riot has invested very carefully to make the player experience better and better.

In season 10, Riot decided to bring about a Great Revolution: The client was updated with more features; The equipment has also been balanced … many champions have also received upgrades and will soon rework many old champions.

There is no denying that Riot’s image team is doing a good job. During the past time, a series of super products have been released, most recently cinematic Warriors that excited League of Legends players.

And they have inspired gamers … redesigned the Characters in the game. A League of Legends fan has worked hard to bring a new look to Riven so that her appearance is better suited to the current Summoner’s Rift map.

Not only did Riven receive such great love, and many other champions also won the favour of the League of Legends player community. Along with the major updates to Summoner’s Rift, Riot really should consider a major overhaul to all the visual elements of the worldwide favourite game.