League of Legends Private Life: The girl who made Faker secretly remember was openly dating the Korean movie star 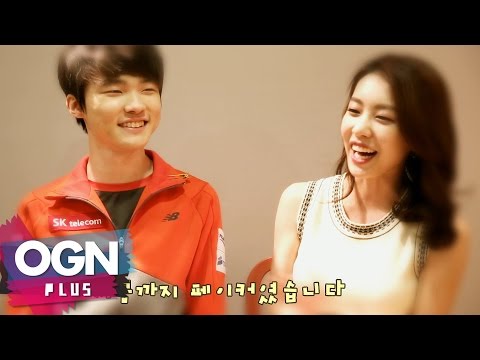 Eun-Jung now has a boyfriend. Condolences with Faker: ((

Recently, Dispatch – One of South Korea’s No. 1 entertainment sites and an expert in “searching for showbiz secrets” has suddenly published images of the date of the famous film actor: So Ji-Sub with his girlfriend Cho Eun-Jung.

For the early 8x and 9x LOL gamers, So Ji-Sub is a strange name. He is known to many generations of Vietnamese audiences for his role as Park Chul-woong in the hit drama Glass Shoes.

And for those who wonder if the story above is related to LOL or not, it is Cho Eun-Jung – So Ji-Sub’s girlfriend is also the former MC and analyst of OGN. – The unit responsible for organizing LOL Champions Korea – LCK before.

During this time, the female MC born in 1994 received a lot of sympathy from the audience, many times expressed her idol is Lee “Faker” Sang-hyeok – the greatest player in history, playing for SK Telecom T1 and is considered the symbol of Korean Esports.

She was also rumored to be Faker’s dream lover, until Faker himself confirmed the rumor in an interview in 2018. Faker confessed: “I really miss Jo Eun Jung” and said I myself seem to lose the motivation when Eun Jung no longer analyzes the match as well as interviews when receiving the MVP title after the match.

Faker even stated that “losing Eun-Jung, LCK lost its vitality.” in an interview in 5/2018.

The special thing is that Faker rarely shows feelings of affection and anger – except for the tears after the defeat in the 2017 World Championship and his heart to the beautiful MC.

So Ji-sub and Jo Eun-jung met for the first time when they both participated in an interview on the sidelines of the movie “Be With You” in SBS’s “Night of Real Entertainment” in March / 2018. After that, the two met again in times of gatherings with acquaintances and emotions.

Many fans expressed concern that the sad thing happening between this crucial moment will make Faker sad and distracting more or less, especially when SKT is ranked second only to IG and Prepare to advance to the knockout stages. However, others believe that professionalism of Faker, these things will not affect the will and style of the Immortal Demon King.