League of Legends: Redesigning the login interface, Riot Games is about to develop many new games? 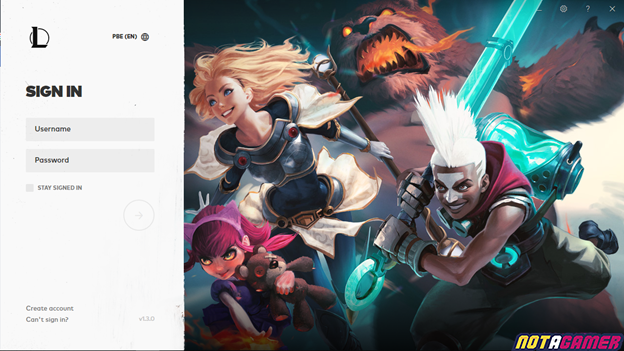 International gamers have discovered that Riot Games is quietly release a new client, likely to be developed into a place to release Riot games.

2019 marked many major changes of Riot Games as they continuously planned and released new titles. The Teamfight Tactics is the best example. This very popular Auto Chess game is immediately received by the community.

Certainly Riot Games will have to think seriously about developing the Teamfight Tactics into a separate game, not just a game mode in League of Legends. In addition, the mobile version of this mode of play will also be released according to the current trend.

Moreover, in EVO 2019 – An event for the fighting game, people also see the appearance of Riot Games staff. This proves that Riot is quietly developing not only one but many different titles after 10 years attached to League of Legends.

And recently, Riot Games is researching and developing a new login interface. If you play games regularly, you will see this interface like Blizzard, Origins, EA or Ubisoft … Specifically, this interface will allow players to log in with their own LOL account. After that, you can experience many different games that Riot Games is developing and will be released in the near future.

This new login interface will most likely be a stepping stone for Riot Games to split Teamfight Tactics and League of Legends into two independent titles, according to user analysis on Reddit.

Sadly, this interface will probably only be applied to servers using Riot Games client. In servers managed by Garena, they still have to play through Garena.

So if you want to experience new Riot Games products, Garena server gamers will have to create an international Riot account to play.