League of Legends: Riot Games and Tencent are completing the final steps to launch LoL Mobile and are recruiting Test Game people 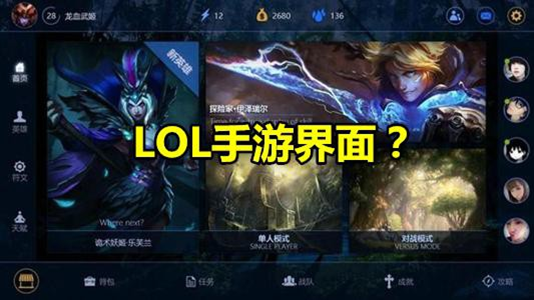 Both Riot Games and Tencent are trying to speed up the launch of LoL Mobile – The game is becoming the hottest name in the Game market this summer.

Community International League of Legends as well as many gamers around the world is heading towards Chinese websites every day to find out information related to Mobile League of Legends. Most recently, a news source on Weibo confirmed that Tencent Games has posted a notice to recruit collaborators as a game tester – Experience the trial version of LoL Mobile.

Tencent’s request is also quite simple, the candidates are those who have knowledge of the League of Legends game. Specifically, Tencent made a request that participants must reach the minimum rank on the PC as Gold, and there will be priority for players with rank from Platinum III and above.

The purpose of this request is very easy, players who are knowledgeable about the Game will be easy to compare and evaluate the good points and the missing things on LoL Mobile compared to the original version.

The condition is simple but the number is limited, only 500 qualified and luckiest people will have the opportunity to experience this super hot game early.

In addition, this is a closed experience because participants must commit not to disclose any game information on the media. The “Mobile League of Legends” project will be kept secret until Riot Games and Tencent want to introduce themselves.

This information makes the world of gamers eager, because recruiting testers that the Mobile version of the Game has basically been “perfected” in terms of gameplay, and any of them would also like to admire the first images of this super hot game.