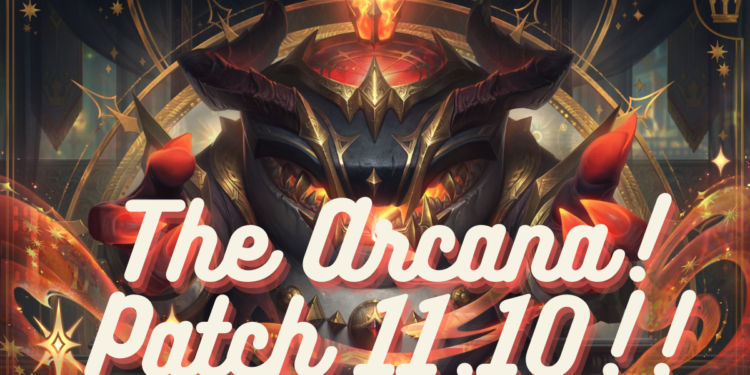 Inspired by Tarot, the Arcana skin series of League of Legends will be live in patch 11.10, released on May 12.

The PBE server is also scheduled to update some new contents after TFT set 5 and patch 11.9 are also preparing to officially launch today April 29.

Riot Games has posted a teaser video for the brand new skin series that will appear in patch 11.10 for Camille, Xerath, Tahm Kench and Lucian. They are named Arcana and appear to be inspired by the Tarot deck:

The theme color of the Arcana skin series launched by League of Legends is bright red and solid yellow and comes with completely new skills Animation. Besides, users are also quite impressed when we have seen Xerath under human form (it seems that this is a common trend of Riot when in the Spirit Blossom event, Thresh’s face was revealed).

For those who don’t know, the Arcana decks is the key cards that form the main foundation of the Tarot decks. They consist of 21 numbered cards and one card with no number (the Fool).

So, no exaggeration, this new skin series is designed with the image of the prophets with the main Tarot cards.