League of Legends: Riot has announced they will not develop a voice chat system for team, this is the reason 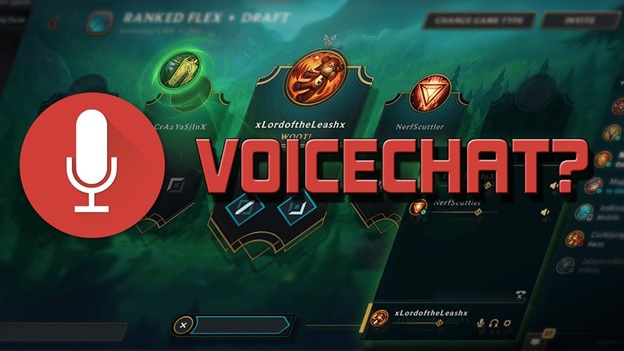 Have you ever wondered if League of Legends develops the Voice Chat feature so that the whole team can talk instead of just people in the same team? The answer will probably disappoint you.

League of Legends players from the first seasons certainly wanted the voice chat feature so they could comfortably chat without the need for additional software. And Riot Games did not disappoint players by launching the Voice Chat feature in early 2018 to make it easier for everyone in the squad to communicate.

Although the Conversation feature is extremely effective, Riot Games does not seem to want to develop it so that the whole team can exchange instead of just people in the same team.

However, a Riot Games employee, Rovient, responded that this would not happen and that there were several reasons why this feature was not good.

Specifically, “That’s likely never going to happen for good reasons. Players who won’t/don’t want to use voice chat will immediately become a disadvantage to their team. Then, they’ll be flamed and spam pinged for this, further confirming that, yes, they should stay off of voice chat forever.”

As someone who doesn’t even like using voice chat with my friends, thank you. If you add it to flex please let us disable it by default like league voice

Also, I’m wondering whether it would still be possible to report for verbal abuse when it’s over voice

That’s a shitty excuse. Watch any pro league game and they still ping all of the time. I play flex as a duo and trio and we don’t just stop pinging just because we are in discord.

Just curious about your opinion but what about other games such as CS:GO and Overwatch? I play these games frequently and don’t seem to run into others being toxic towards people for not using their mic.

There are also many reasons that the Voice Chat Team feature will have more benefits than harm. The benefits of Voice chat are really great, it helps the whole team easily communicate without spending too much time to chat hands and your eyes can focus more to handle instead of having to read the chat and be distracted.

Those who play Toxic or deliberately make noise and swear at their teammates can be completely blocked like the current voice chat . And Riot Games can add denounce players abusing Voice Chat.

What do you guys think about it? And is the explanation of Riot Games staff plausible?