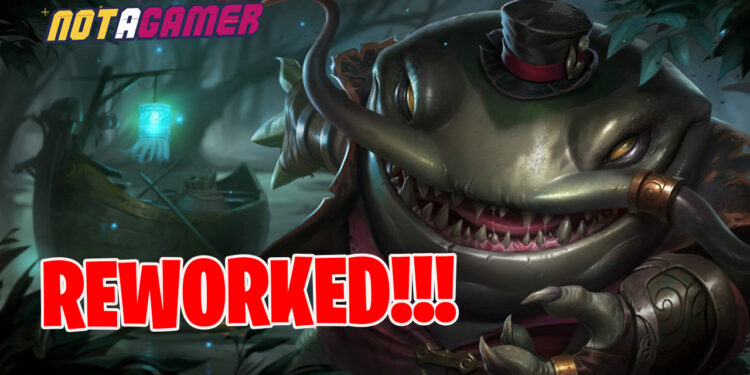 As their plan in the middle of 2020, Riot are now finally completing their slight changes on Tahm Kench.

Riot has just published some remarkable updates on the PBE server, and Tahm Kench is one of them. Particularly, this champion received a mini-rework with many adjustments on his skills, which seem quite fine to us. Tahm Kench used to be a nice choice in both ranked and pro leagues, but now, he appears to be replaced by aggressive, tanky champions like Rell or Alistar in the former. However, he is still having a seat in pro leagues, but only when Senna is picked.

“New” Tahm Kench will have massive changes in his W and R. Specifically, these two skills will be replaced by each other and have far more effects:

Thanks to these changes, Tahm Kench is no longer a support champion using the entire match just to protect his ADC from risks. This champion is now much more aggressive with a knock-up and short-ranged teleportation added to his new W. Even becoming a solo-lane champion in ranked sounds possible to him as this rework provides him with a fully upgraded kit: healing, CC, teleportation,…

These new updates are being planned to come to live servers in patch 11.10. Besides, this champion has just been received a fantastic brand new skin from Riot called “Arcana Tahm Kench”.