League of Legends: The first images of the MMORPG Legends of Runeterra are officially revealed 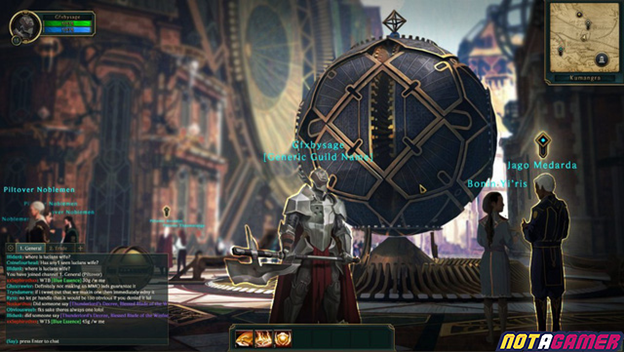 The gaming community is looking forward to the launch of the MMORPG with the Legends of Runeterra – an RPG that was inspired by the League of Legends universe.

Besides the tournaments and the constant updates to prepare for the World Championship 2019, the identity of the MMO game developed by Riot Games is also a topic of interest to many players around the world.

Previously, Riot Games had a very strange action to register the Legends of Runeterra copyright. After this move, many people have started to speculate that this is the name of the MMO game based on the League of Legends universe that the player community is expecting.

And in the latest move, the rumored images of Legends of Runeterra are suddenly revealed.

Through the images above, we can easily see some similarities between LoL and Legends of Runeterra. The LoR logo is very similar to the League of Legends Logo. Whereas LoR’s HUD interface is not much different from the interface of LoL.

According to speculation by the Reddit community, they believe that the object that Riot Games targets for Legends of Runeterra is not actually LoL players.

The nature of MOBA and MMO varies from Gameplay to image and style of play, players will be very difficult to play both titles.

The purpose of creating Legends of Runeterra is too obvious when Marc “Tryndamere” Merrill – Riot Games founder confirmed that he will take World of Warcraft as a model to develop their “universe”.

So we can understand that in addition to finding new potential customers in the MMO genre, Legends of Runeterra will also be a cornerstone for Riot Games to develop a gaming franchise chain revolving around the League of Legends universe is growing day by day.