League of Legends: The Meaning of Phoenix – Official theme song of Worlds 2019 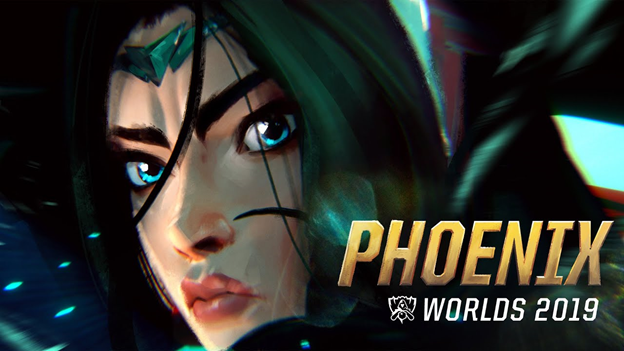 Faker, Rookie and Caps are the three main characters in the title song for Worlds 2019 with the image of the reborn phoenix.

Immediately after the Play-in phase of Worlds 2019 ended, Riot Games launched the most anticipated product: the title song of the 2019 World Championship – Phoenix.

Once again, Riot Games knows how to make their mark in producing impressive media products. In the MV Phoenix, we can witness the appearance of Rookie, Caps and Faker.

If both the champion and the current runner-up of the 2018 World Championship – Rookie (in IG) and Caps (in Fnatic) are tied to Lissandra and Irelia as the most successful champions, then Faker is assigned to Karma – the champion leaving many sad memories in the career.

The champion representing Faker is Karma, the last champion Faker used at the nearest World Championship (2017) The image of Faker appearing in the MV is at a press conference, surrounded by reporters …

Faker was weak at that time. And like the Phoenix, the only way to be reborn is to “kill” yourself in the past who is obsessed with failure; Do not know what to continue to do.

Faker looked directly at his shadow in the MV, clenched his fist, and knew what he was going to do next. And when he defeated his own past, the phoenix was reborn.

This song was performed by two female singers Cailin Russo & Chrissy Costanza. The title of the 2019 Worlds song is Phoenix. Legendary birds are associated with images of rebirth.

According to Western beliefs, when the life of the Phoenix is ​​about to end, it will burn itself. From the ashes, a new Phoenix will be reborn, and continue to maintain the life cycle of immortality.

Worlds 2019 is the tournament that witnessed the convergence of the most champions in the past, in particular in international tournaments. With the exception of Invictus Gaming who is the reigning champion of Worlds, and G2 Esports as the MSI 2019 Champion, this year’s tournament also features the other 4 kings:

Similar to the song RISE of Worlds 2018, “Phoenix” is about the rise and revival of old forces, the name most mentioned is SKT T1 – the most traditional rich team of League of Legends. absent at Worlds 2018.

After many days of waiting, fans finally enjoy the blockbuster of Worlds 2019. Let’s enjoy this song, and wait and see which team will become the reborn Phoenix at this World Championship 2019.