League of Legends: The Mobile version of LoL was introduced over 9 years ago 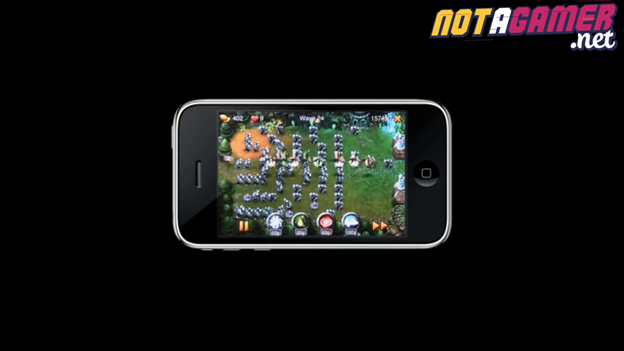 The idea of ​​bringing League of Legends to mobile devices has been carried out by Riot Games for an extremely long time, rather than a thoughtless decision.

From the time Riot Games officially announced the League of Legends project, this has become the most awaited game for the international gaming community. The introduction of a leading PC game brand in the world has received a lot of positive feedback from players.

However, few players know that in fact Riot Games had intended to releases League of Legends Mobile nearly 10 years ago, in 2010, in the middle of the time when the original LoL was only achieved initial successes and not yet become a global phenomenon today.

This game is called League of Legends – Turret Defense – a compatible mobile game product on both Android and iOS operating systems. However, this is not a complete adaptation of the League of Legends.

League of Legends – Turret Defense simply uses the League of Legends original graphics platform for character design, graphics … to create a traditional defense-style game that has been developed 10 years ago.

Riot also introduced a trailer for League of Legends Mobile, and it also released it on the App Store of the iOS operating system. But soon, this game was removed, and the name League of Legends – Turret Defense was gradually forgotten by the player.

Talking about the disappearance of Turret Defense, many gamers believe that Riot decided to cancel this project in part because the mobile gaming field was not popular at that time, and League of Legends was in a period of strong development, so it is not too difficult to understand if Riot Games canceled all other projects to focus resources on developing LoL PC.

Looking at the interface of Turret Defense 9 years ago, many gamers will feel excited when it is designed in detail not inferior to the PC version.