League of Legends: The next champion in High Noon Skin will be Draven 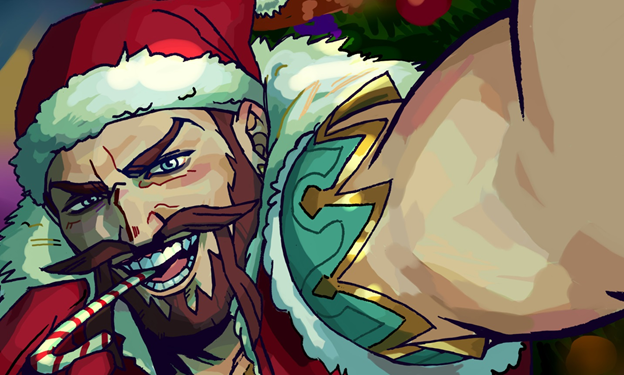 A few hours ago, the introduction to the new High Noon team of Ashe, Darius and Hecarim was revealed and in which Riot revealed Draven would be the next High Noon.

In the LoL universe. Darius and Draven don’t really like each other in the plot, even the skins of these two champions are not related to each other.

A few hours ago, the introductions of Ashe, Darius and Hecarim Cowboy appeared. Most notably is Darius: “The once-human Darius was a terrifying manhunter, feared throughout the West for his cunning and brutality. Famously defeated by his brother in a widely publicized duel, his wounded pride eventually twisted into obsession, leading him to strike a deal with the devil Hecarim…”.

Darius’s younger brother is of course Draven, the match in this quote is definitely a gun battle or something like that. Therefore, Draven’s appearance in the High Noon universe has been implicitly confirmed by Riot Games, it is only unknown when he will have this costume.

However, that is not the only interesting thing.In the words of Ashe and Hecarim, we learn that one event in this world is the destruction of Heaven. High Noon Ashe quote: “A mechanical angel built at the dawn of the pioneer age, Ashe is fueled by the blood of deities gunned down in the infamous land rush that destroyed Heaven. She has adopted a devil-may-care attitude as she seeks adventure, choosing to forgive and protect the same mankind that forever robbed itself of eternal paradise.”

High Noon Hecarim quote: “When Heaven was destroyed by mortal men, it was only a matter of time until Hell overflowed onto the prairie, bringing with it all the devils who had waited so patiently to escape their confinement. Hecarim and his black riders revel in this newfound freedom, razing everything before them to ash as they stampede across the frontier.”