League of Legends: The pre-season changes made the red team win more than the blue team 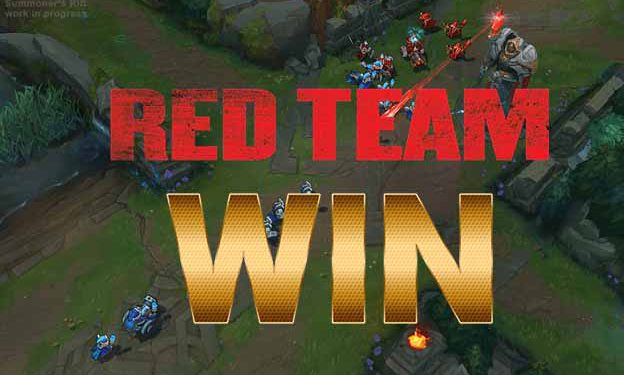 These posts will often contain talk about future work we’re doing or planning to do, that isn’t yet guaranteed to ship. The nature of the work could change or, depending on what we discover, projects mentioned may get delayed or even stopped. If you’d like to see a Tweet whenever a new one of these posts goes up: https://twitter.com/RiotMeddler

Format change for posts this year

Hope 2020 is treating you folks well so far! As part of this first post of the year I wanted to start by talking about a format change we’re doing. From today onwards instead of a weekly post from me we’ll instead be doing alternating weeks of posts from myself and RiotScruffy. My day to day at work doesn’t involve as much interaction with the SR and Champion teams as it used to when I started these posts. A lot of the topics you folks want more context on are from the work of those teams though. As a result Scruffy’s going to cover the work of those teams more than I will, talking about things like state of the current patch on SR, balance plans, how new champions have landed etc. My posts will be taking a broader look at topics across LoL as a whole. with some overlap on SR topics but less focus on things like recent/upcoming balance changes.

One of the metrics we keep an eye on when making large changes to LoL is how win rates for the two sides of the map are affected. Different queues (blind pick, flex, solo/duo etc) have different trends, as do different regions. For today I wanted to share some data on Ranked Solo/Duo primarily post preseason. Historically Blue side has had a slight advantage in ranked on SR, preseason changes however have removed most or all of that edge though, depending on which region you look at. Increased importance of dragons is what we believe has driven this change, given Red side has better dragon access than blue. Overall it’s a result we’re quite happy with for ranked.

While it’s tempting to assume that’s due to draft champ select favoring blue over red Flex queue shows the same trend as blind pick, suggesting other factors are significant as well or instead. We’re going to dig into non Solo/Duo win rates by map side a bit more to figure out what’s going on there.

Continuing with no mid-season this year

In 2019 we decided not to do a large midseason patch, keeping the game more stable mid ranked season and putting dev time instead into other work like preseason. Looking back at 2019 as a whole and player response to that decision we think that was the correct call so will be doing the same this year. We realize for some players with a preference for more frequent large changes that will be a bit disappointing. Overall consensus from feedback we gathered was very strongly in favor of a more stable mid year period though hence the decision.

By contrast something we’ll be looking to do differently this year is focusing more on clarity, both in and out of game. Upon reflection it’s something we don’t feel we’ve done as well at as we should have recently so we’ll be making it more of a priority over the course of the year. Examples of issues we’ll be looking to improve include things like clarity of spell visual effects for new champions, ease of understanding how event passes work, ability to follow combat in TFT, removing unnecessary complexity from abilities/items etc.

That will be a focus across the year as a whole, rather than a single set of changes, so will be a gradual process. Wanted to call it out though since I know it’s something on a number of your minds as well and feedback on how we’re doing throughout the year would be much appreciated.

Another focus for us right now is improving our event experience, with our hope being that each large event we do this year has some clear improvements in it. Current thinking involves things like:

Improvements to Event passes and missions. Reduction in grind needed and more missions completion flexibility for the recent Night and Dawn event seemed to go really well for example and we think there are some other ways to improve those elements further.

Story and theme having a stronger presence throughout event experiences. Still figuring out approach here but want to take a shot at this goal throughout the year.

Finally for anyone wondering which TFT rewards they’ll still be able to unlock this Set – there are about 8000 points still to come. If you’re chasing that final egg as a result for example it should still doable provided you’re at or above the 8000 mark right now.