League of Legends: The rise of Jarvan IV 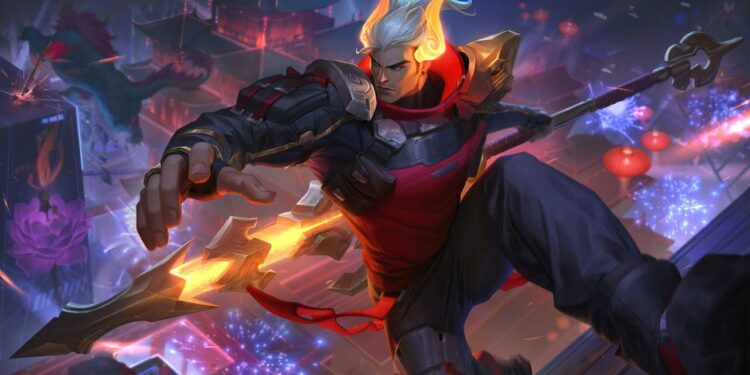 Jarvan IV is having extremely impressive progressions in his win/pick rate in patch 11.16, even higher than the latest reworked champion

Experiencing a new champion or a reworked one is obviously an incredibly exciting thing for LoL players. As a result, their pick rate will rise sharply at the outset of their published patch. However, an exception has appeared in patch 11.16 when Sona – the champion having just received a mini-rework, has lower pick rate than Jarvan IV, though his updates were not too huge.

Specifically, as stated by LeagueofGraphs, Jarvan IV’s pick rate in solo queues in patch 11.16 has rocketed by 6.9%, compared to the last patch. His progression in win rate is also the highest with 2.5%. So, what actually brought him onto the top?

Firstly, let’s take a look at his updates in patch 11.16. Particularly, his damage based on the target’s current health (passive) was increased from 8% to 10%. Besides, his R’s bonus damage ratio was enormously buffed from 150% to 180%.

Thanks to those modifications, his speed of clearing camps has gone up considerably. This leads to the fight for the first two Scuttles being easier and much safer if the enemy jungler is Lee Sin or Trundle. Even if he has to face them, his buffed jungler would definitely take them down.

Furthermore, bruisers making use of items providing HP like Divine Sunderer, Sterak,… are dominating the current meta in both top lane and jungle. Meanwhile, Jarvan IV’s passive deals damage based on max HP, so it is such a wonderful tool to counter them. Pro players such as Kiin and Nuguri are also testing him on top lane and his efficiency was relatively nice.

About his playstyle, the bruiser one is probably the most popular one. The duo of Goredrinker and Sterak is now beloved most, and Jarvan IV is not an exception. If you are already sick of this build, why don’t you try this interesting assassin build from DK Canyon? We do not highly recommend this, but you can try it when possible.