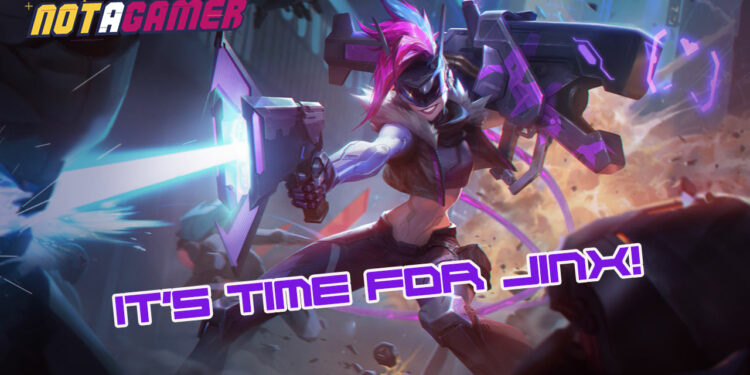 Just by some adjustments from Riot, Jinx’s pick rate has been going up rapidly in patch 11.4.

Let’s go back to patch 11.2, Jinx was in a terribly bad condition with extremely poor statistics. According to Op.gg, her win rate at that time was just 48.87% and her pick rate was not better: 1.02%. However, when the huge patch 11.4 came, Jinx has become a real demon when both her win and pick rate rose dramatically. Even, according to pro players’ statistics, she is now the second common choice, just below Kai’sa.

The biggest reason for this rise of Jinx is the huge buff that Riot gave her in patches 11.3 and 11.4. Specifically, the bonus attack range of Fishbones has been increased. Moreover, its bonus attack speed penalty is not too high anymore. This makes her able to deal a high range of damage in a further safe position. Besides, her base HP has been brought back to 610 in patch 11.4 and this leads to a highly easier laning phase for Jinx, especially with non-mobility marksmen like her.

Additionally, Jinx also moderately benefits from crit item updates at the outset of season 11. First of all, Kraken Slayer’s true damage follows the amount of bonus AD and that makes this item become the best choice for marksmen who need to deal much damage during the early and mid-game, and she is one of them. Furthermore, the increased percentage of AS provided by Runaan’s Hurricane in patch 11.2 also lets her rocket sharply on the top list.

The list of reasons is not over at all! The lord of bot lane – Samira, has also made room for Jinx due to enormous nerfs in patch 11.4. Before this patch arrived, late-game marksmen like Jinx had suffered from the dominant power of The Desert Rose, when her high damage and the ability of bullet-blocking from W was too OP.

However, in the latest patch, Samira’s early-game damage has been terribly decreased and this champion has gradually lost her popularity. The downfall of her power helps The Loose Cannon to have a far more comfortable and easier laning phase – the foundations for her considerable power at late game.

In this patch, Jinx’s playstyle changes in a bit in her runes: you should use Conqueror rather than Lethal Tempest. The reason is that both Kraken Slayer and Runaan’s Hurricane provide her with a lot of AS, so she does not need the amount of AS from Lethal Tempest anymore. Instead, bonus AD and healing from Conqueror seem to be stronger at mid-game.

All in all, due to means of direct and indirect buffs, Jinx is now dominating the bot lane in solo-queues. If you are looking for a champion that can help you to improve your elo, she is definitely a wise choice.