League of Legends: The skills that players want Riot Games removed from LoL because too uncomfortable 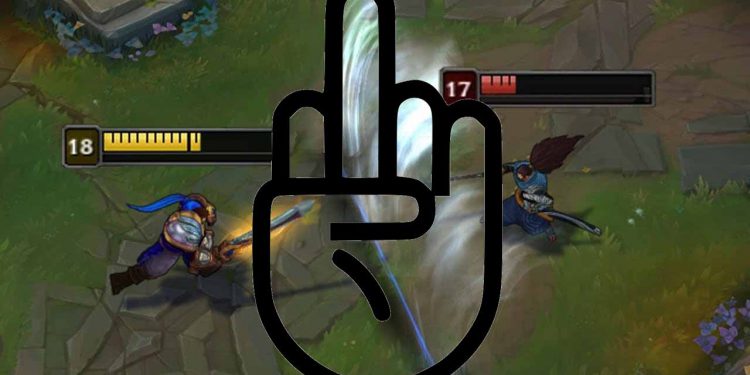 In addition to useless moves, LoL also always has super strong moves that are inhibiting in the game.

Coming to the first skill, Yasuo’s skill cannot be ignored. Not Sweeping Blade or Last Breath, which is Wind Wall is a tool to outplay super effective of this champion.

So many times have you prepared to destroy Yasuo, but he came back and blocked your ultimate with just a Wind Wall? Or solo but lost the whole combo when Yasuo using Wind Wall?

It is almost possible to block all directional attacks, including the ultimate with a precise Wind Wall phase, making him one of the few champions that can be brought to the mid lane to confront the magician. And also thanks to the OP coming from skill and ability, he is one of the champions who are always hated in League of Legends.

Just like Yasuo’s super cancer Wind Wall, Kayle’s twin sister – Morgana also has one of the super strong defensive skill in the game. Very easy to get used, Morgana almost just bound her opponent and shield early enough to make her become an exemplary SP in the match.

Not talking about how uncomfortable the Dark Binding is when holding for up to 2 seconds, Morgana’s Black shield can help the ADC evade any hard control or skill of the opponent. Needless to say, this is a super effective tool to defend and make all plans shattered.

Come to think of it, if Nautilus started a fight with Depth Charge or Leona with the Solar Flare, but with just one Black Shield, both of them would immediately become useless at all.

If you’ve been playing League since the time Akali first debuted after editing, you’ll agree with me that this girl is 10 times weaker than that time. Leaving aside things like Heal like water, surfing 2 times with the stun of the ultimate, what makes her OP is the W – Twilight Shroud.

At the time, a concept that didn’t seem to happen like the fact that a champion was only level 3, could kill the enemy in the official turret came true. Not only at the beginning, in the middle and the end of the game with only a few Twilight Shroud manipulations and dexterity, she made many champions become a joke when unable to locate and attack when hide

The current Twilight Shroud has dropped a lot of power, but Akali is still one of the top assassins in the meta and still has no sign of being displaced.

Although it is a very easy counter, but for low-level players or beginners, this is the one that makes them the most headache and stress when facing this Teemo. It’s good to know that players now know when to buy a Oracle Lens when they meet him, but whether or not they use the Oracle Lens is another matter.

Besides, despite having a Oracle Lens and a careful search, but not being able to stop the teammates or minions step on Noxious Trap makes you extremely inhibited.

It can be said that this is one of the champions made with the purpose of troll. Teemo the most hated champion in League of Legends.

So what do you think of this list? Please share right below the inhibitory skills that you want to erase in League of Legends!