League of Legends: The world community wants to explode after the victory of representatives of North America before IG 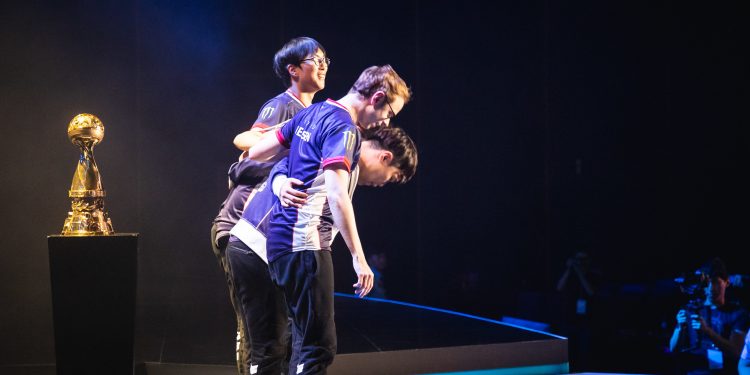 Hanoi, Vietnam - May 14: --- during the 2019 League of Legends Mid-Season Invitational Group Stage at the National Convention Center on May 14, 2019 in Hanoi, Vietnam. (Photo by David Lee/Riot Games)

Although Team Liquid is still away from the championship MSI 2019 in a final that promises to be difficult, but from today the North American fan community was able to enjoy the sweet victory against World Championship Invicitus Gaming in The MSI 2019 Semi-finals round. Where Doublelift and teammates played extremely well.

This is out time

Right from this victory, the members of Team Liquid as well as fans all over the world soon imagined the end for representatives from North America. Not only does it bring the advantage of the network down and the dragon, but it also shows that the TL are not completely demoralized because of fear of losing 2-3 against the familiar scenarios. On the contrary, they still perform very well and are extremely alert in making fighting decisions that bring great advantages.

And of course, the final result of the match proved that the belief is absolutely worth it.

But if it was an IG then it was completely different, this victory could be compared to a seismic. Who is Invictus Gaming? They are the champions of the World Championship, the team with the best rounds in MSI’s history, and the IG players are considered the standard of a top star.

So don’t have to say, gamers from home North America, or even the European community are also crazy about Doublelift’s and teammates:

– Selecting the opponent is Team Liquid for the semifinals because it is a weak team, the result is a slap in the face of IG: 3-1, knowing that IG’s strategy but once lost, this is just is a comedy performance from the IG.

– Doublelift has never lost a BO5 match in his career, a terrifying aura.

– Damn, the difference of a support that once won the World Champions is something too different, CoreJJ really did show up well in this BO5.

– Who noticed Candice, the Chinese representative lost the match but she interviewed Doublelift with her usual smile. Too professional.

– Excellent personal skills have made IG forget the concept of teamwork, and Team Liquid has taught them that.

– The Anti Fan have said LOL NA what can do in the international tournament?

– Benefit of 2 world champions (Impact and CoreJJ) in the squad.

Meanwhile, Chinese fans talk about the defeat of the home team. IG’s world championship in 2018 made them temporarily forget the shock of RNG, but again, history continued to repeat when the LPL’s strongest team was defeated by a name from the West:

– IG is repeating what RNG last year, won a tournament and finally did not to respect their opponents.

– Faker met Doublelift before this game, and Team Liquid was completely different from the group stage, I don’t think it’s a coincidence.

– In fact, the IG had a lot of weaknesses in the group stage, they had a lot of overwhelming matches, up flipping and winning the table, so maybe no one bothered it, until today. …

– I feel comfortable, but it is better to lose in the middle of the season than to go to World Champions and defeat bitterly, this defeat is painful, but it will help IG improve.

As for Team Liquid, this will be the 2nd time in history, a North American representative won the right to participate in the Final of an international tournament (the first team to do this is Counter Logic Gaming at MSI 2016. ). Their opponents will be either G2 Esports or SKT T1. Let’s wait and see if Doublelift’s “Aura BO5” will continue to be maintained in the first MSI Finals where the legendary ADC will have the right to contribute.