League of Legends: Top 4 worst champions that Riot ever created 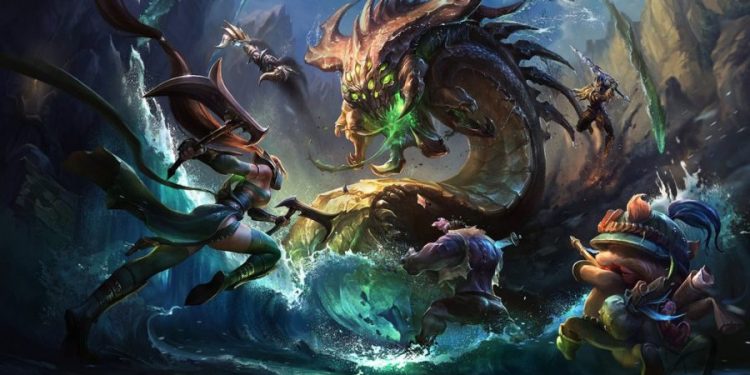 In the last two years, the new generals in League of Legends can say that they have achieved a lot of success, they all become Hot Pick in the hands of professional gamers, which shows creativity and has the Riot Games general design been enhanced

However, apart from Riot Games’ successes, there are also less fortunate generals created by Riot Games themselves, but are considered to be abandoned and out of Out Meta for most of their time.

As a general designed to go jungle, Ivern has a unique set of skills with the ability to interact with forest monsters, which is not to kill the forest monsters but still get the gold and experience. You can even share benefits like Blue and Red for your teammates, not necessarily giving up like all other jungle generals.

However, the support of Buff-equipped has been reduced so the champion is no longer used by the player. However, even if the support items is strong again, Ivern will not be noticed by the player because he is too weak to the champions other. So after nearly three years of launch, Ivern was gradually forgotten in the League of Legends.

Ghost is being underestimated, why is that?

At one point, Aurelion Sol became the general who dominated the professional arena by playing over the road and the gank roam was too difficult to overcome. However, this glorious period did not last too long when Riot Games and the professional players counter Aurelion Sol for being uncomfortable with sleepy play of Aure.

Aurelion Sol’s greatest strength is Roam’s ability to organize small ganks thanks to Comet of Legend with the ability to cross terrain and accelerate. Combined with Q – Starsurge, Aurelion Sol can create spheres as big as the middle line of the map and stunning on a large scale. However, the general purpose of this general is not much. So The Star Forger is not favored by players. Perhaps Riot Games needs to consider a strong buff to Aurelion Sol to be used more in the Professional Arena.

Kled appeared with a coward lizard. The skill set interacts with the lizard itself, giving an extra amount of virtual blood that makes Kled more mutant in fighting.

The strength of Kled is the ability to Combat, speeding from R – Chaaaaaaaarge !!! It is the ability to reverse the situation unexpectedly when accumulating enough courage to Kled back. However, compared to the other generals on the road, Kled does not excel. As the 132th general of LOL but perhaps the frequency of using Kled is becoming less and less, in the Professional Arena, Kled is often used by Wunder – The player currently plays for G2, but currently This guy doesn’t use it anymore because Out-meta.

Released in November 2015. With special abilities from Passive, Illaoi can create tentacles that grow around the wall, causing tons of damage and healing with the ultimate move. However, her important weakness is the lack of control effect. Her only control effect is in E – Test of Spirit

Besides, Illaoi is too slow and vulnerable to Counter. Without the control effect, there is no way to shorten the distance and rush towards the opponent. What made Illaoi become more and more slow, easy to be the target of of all ADC. Improve these weaknesses, Illaoi can be has a back to Meta.