League Of Legends: Top 5 harsh relationships that turn from friends to enemies 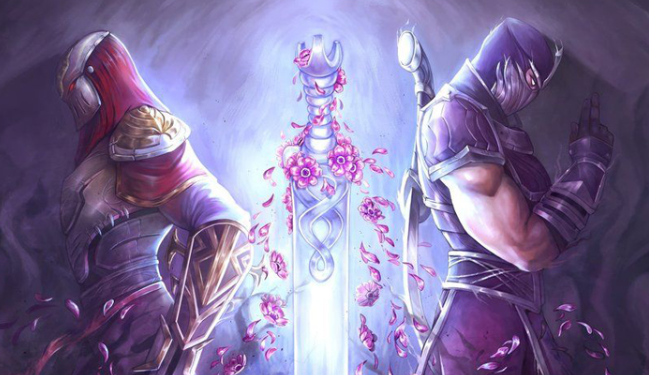 League of Legends storyline has seen many situations that brothers, friends become enemies in the twinkling of an eyes. Now, let’s remind some examples for these cases.

Amid the chaos and dangers of life, having a believable friend for sharing the same great ambition is a rare and lucky thing that few others can have. However, some great relationships seem lasting for long life, finally ends into hostility because of the difference in thinking. Let’s go with Notagamer today to discover the top 5 corrupted relationships in League of Legends.

Zed has been adopted by Great Master Kusho since he was a little kid that had been left on the steps in front of KinKou Group door. With his intelligence and natural talent, Zed has passed over many fellow-student, became a powerful hand of Kusho, beside Shen – Kusho’s son, and also Zed’s closest brother in his childhood.

No matter how talented Zed is, the balance and the calmness, known as the key of Kinkou Martial Art, is the thing Shen does better than Zed. Despite of any attempts, Zed had never get over Shen.

While mercifulness, not murdering anyone even they are disgusting murderers, are the traditional rules of Kinkou, Zed only wants to go into penalizing the evil. Since Kusho decided to get Jhin into jail instead of penalizing, Zed has been very angry, while Shen still kept his calmness.

The conquer of Noxus has lead to Zed’s biggest change in his life. He decided to kill his master, Kusho, steal the dark black box to use violence to protect his country.

Growing up together, Shen knows clearly Zed’s character and also his dream. After everything, however, Shen still impressed with Zed’s bravery and creativity in his actions, like the way Zed listens to his heart and do whatever he wants. But in Zed’s mind, he only thinks Kinkou members is the weak people and he could do anything to achieve his dream, even killing Shen!

League Of Legends The Justice Protectors: Morgana & Kayle – twins sisters have to bloody battle for humankind

Having the power to protect the world from their same mother, but they has very different viewpoint to do it!

Kayle is proud and determined with her role by using her power, punishing the bad. Conflicted between her celestial and mortal natures, Morgana bound her wings to embrace humanity, and inflicts her pain and bitterness upon the dishonest and the corrupt. To the dismay of her followers, Kayle allowed Morgana to rehabilitate wrongdoers who appeared humble enough to admit their guilt. Kayle’s protege, Ronas, was the most disapproving of all—he swore to do what Kayle would not, and attempted to imprison Morgana.

Kayle returned to find the people rioting, and Ronas dead. Consumed by rage, she looked down upon the city, and summoned her divine fire to cleanse the city of its sins.

The two battled across the heavens, each matching the other’s terrible blows and striking the buildings beneath them to rubble. Abruptly, the fight was halted by their father’s anguished cry.

League of Legends Champion Gameplay Trailer: Kayle & Morgana – The Righteous and the Fallen

Kayle watched Kilam die in her sister’s arms, a senseless victim of the violence that had overtaken the city that day. Then she held the two halves of their mother’s sword in her hands, and vowed she would never again let mortal emotions rule her. As she leapt back into the sky, soaring high above the clouds, she felt she could almost see Mount Targon beyond the horizon, its formidable peak bathed red by the setting sun.

They constantly argued with one another, but their conflicts never got personal – though their methods were different, the two colleagues knew their ultimate goals were very much the same. More than that, they both knew what it was like to be ostracized by their colleagues: Viktor because of his unconventional thinking, Jayce because of his rudeness.

Viktor told Jayce that he only needed one thing for his Glorious Evolution – a power source like Jayce’s crystal. Jayce disagreed, informing Viktor that what he truly needed was a moral compass. Viktor, who had long grown tired of Jayce’s rudeness, leapt upon him, grabbed the crystal and knocked Jayce unconscious with it .

Without wasting a second, Jayce retrieved the suspended shard and installed it into a massive, transforming hammer – a demolitions invention he’d abandoned years ago for lack of a strong enough battery to power it. He destroyed Viktor Laboratory. Dozens of corpses, their skulls sawed open and hollowed out, their brains transplanted into an army of immobile metal soldiers, hooked up to the now-pulsing crystal.

Jayce knew that Viktor was still out there, plotting his revenge. One day – maybe someday soon – an awful lot of trouble was headed for Piltover.

The boy who would eventually be called Xerath was born a nameless slave in Shurima thousands of years ago. On one trip, the boy met Azir, the least-favored son of the emperor. Their shared love of knowledge saw them devour texts from the library and become as close as brothers. Xerath was Azir’s constant companion, learning all he could from this new proximity to culture, power and knowledge, finally daring to dream that Azir might one day free him.

Xerath saved Azir from an assassin’s blade, but Azir’s brothers were all slain, leaving the young prince a heartbeat away from Shurima’s throne. As a slave, Xerath could expect no reward for his deed, but Azir promised that one day they would be as brothers.

Azir was crowned emperor of Shurima with Xerath at his side, the boy who had once been a nameless slave. Xerath had long dreamed of this moment, and expected Azir to end slavery in Shurima before finally naming him brother. Azir did none of these things, continuing to expand his empire’s borders and deflecting Xerath’s overtures regarding the end of slavery.

To Xerath, this was further proof of Shurima’s moral bankruptcy, and he raged at Azir’s breaking of his promise. As Azir continued his campaigns of conquest, Xerath remained at his side, but his every action was carefully designed to increase his influence over a realm he now planned to take for himself. To steal an empire was no small thing, and Xerath knew he needed more power. The kingdom sinked into darkness and chaotic.

The brand has a very terrible childhood. He would oblige them, but not before he took his revenge. He burned down the village and fled into the night, leaving himself with scars that would never heal.

The mysterious mage named Ryze saw potential in this half-frozen young man – Brand, and took him on as an apprentice.

Teacher and student struggled as Kegan’s nascent, wild magic frustrated them both, and Ryze’s requests for patience and humility often fell on deaf ears.

Unfortunately, instructing Kegan would always come second to Ryze’s original mission. He had long sought to collect and hide away a power that could be Runeterra’s unmaking—the legendary World Runes. After tracking down one such fragment, Kegan faced the same desperate temptation that had driven so many before him to madness. The Runes were the source of all magic in the world and, against his master’s warnings, he chose to seize that power for himself.

Ryze was forced to watch in failure as his apprentice was burned away by the raw magic, Kegan’s soul utterly consumed. The creature that was born in that moment was no longer the bitter young man Ryze had rescued from the snows, nor the Freljordian mage he had come to know as his friend.

Cursing his former master, and every other living thing that would ever come between him and the Runes, Brand lashed out with magical flames, and Ryze barely escaped with his life. 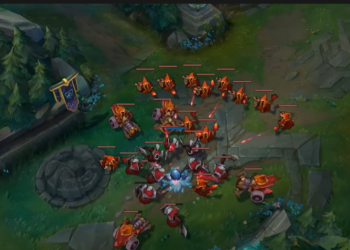