League of Legends: Top 5 most powerful jungle champions Patch 9.24b that you should use 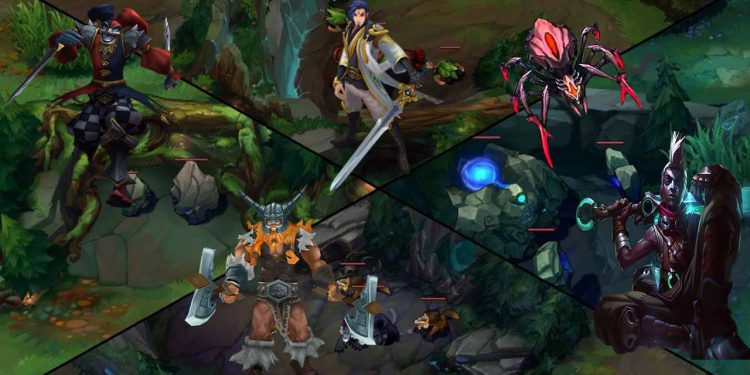 After the chaotic Patch of 9.23 with the pre-season update, Patch 9.24 and most recently 9.24b gave players a period of getting used to and adapting with new updates and everything now has begun to stabilize.

Here are the top 5 junglers at the moment for players to refer and choose:

It’s been a long time since Master Yi has been at the top of the jungle champions, a few recent changes have made Yi return with a winning rate of 50.79%. Although he didn’t receive any direct buffs but a few tweaks combined with the tendency to focus on farming in the meta helped him regain his comeback.

Master Yi’s strength lies in the ability to farm early game, level up and equip before exploding in the middle to late game with great damage. In the past, Yi had to rely heavily on the laners to control the forest, but in the current preseason, he simply farmed without any major threat.

At first, we were quite hesitant to put Shaco in the top 5 for junglers because in version 9.24b, he had to receive a significant nerf with E. damage rate. However, after a few days of launching a new version , his win rate remained at 52.31%, proving that he continued to dominate the meta during the preseason.

Shaco’s power increase mainly comes from the changes he received in version 9.20, making him a more attractive option than before.

AP junglers have shown their strength in the jungle meta in the past year with champions like Evelynn, Karthus, Ekko … However, one of the most successful junglers in the version the current is Elise.

Unlike the other champions on this list, Elise has been in the jungle meta for many seasons thanks to her early game power and ganking ability. Although not as good as Farm as other options due to her lack of AoE skill, she rebelled when her counter champions were constantly nerfed.

If you’re looking for simple victories in the preseason, Elise is clearly the most powerful option. The early game potential allows her to completely take over the game within the first 15 minutes and gain the advantage of the laner before the opponent jungler has a chance to counterattack. This is clearly demonstrated by the 51.55% win rate while the play rate reaches 14.13%.

The jungle monsters revive faster and the weaker elemental Dragon in the early game can be said to be a perfect meta for Olaf. Olaf’s flexibility in the current meta is reflected in his 51.54% win rate and 25.05% ban rate, putting him in the S tier in version 9.24b.

The increased attack speed from the passive combined with AoE damage from Q allows Olaf to clear the jungle quickly, thus leading to gold and experience, even stronger than changes in respawn time. Recent jungle monsters. On top of that, W allows Olaf to solo Dragon sooner, even faster than before due to the reduction of the Dragon’s power in the early game.

In the end, Olaf may be the perfect choice thanks to his flexibility, along with the ability to counter the junglers in the current meta like Elise and Ekko.

Combining all these factors, we have a jungler Ekko with a 51.74% win rate while a ban rate of 27.18%. Not to mention the ability to clear jungle monsters, set up perfect ganks and a great ultimate. If you can choose to climb the rank in the pre-2020 season, nothing could be more appropriate than Ekko.