League of Legends: Top 9 Players’ Attitude You May Have Witnessed – From Love to Hatred (P1) 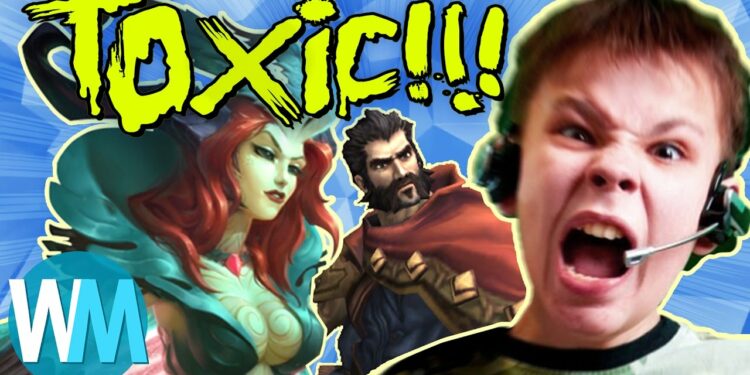 League of Legends is a competitive, cooperative game. From times to times, after receiving enough loss, most players will soon realize how difficult to find their in-game soulmate.

Many players have to accept the fact that they cannot climb Platinum I-Diamond III and agree that these are the least fun elo to play ranked. The reason behind this is the big bad ego the players developed after climbing this high, creating if not the most frustrating game to play these days. This fact also frustrates Reddit user Rougue009, he recently posted a thread on that platform, he pointed out how divided a team can be and how divided the player base is in general.

They always know better, no matter what happened, they know they are right. These players only want to fight or to scale, don’t care about anything else happening on the map, and usually fail to adapt to situations. This type of players rarely become adept and make League of Legends a very bad experience, sometimes even costing damage to the next type of players …

For example, the enemy team could consist of full of Mage and Nuker and your carry players still refuse to buy Mercurial Scimitar, which is just sad.

The VOMC (Verge of Mental Collapse)

These guys are often the good and friendly guy on your team, as long as you are winning the game. As soon as things turn bad, they will stop putting all their focus on the game and start typing, at that point even muting won’t be able to bring them back, because they are not typing to any teammate, in particular, they just want to type to let things out before they go mad and start laughing at the defeated screen.

Sometimes these boys can’t hold it anymore and they just leave the game if their team has 1 or more Solo Players. If they ask somebody why they did something so wrong and the answer is anything but an apology, they will consider the game is lost and leave the game before any more mental damage is done.

These guys aren’t the real League of Legends smurfs though, or if they are,  it’s most likely a low platinum or banned account’s new owner. These players try so hard to look cool but the things they consider cool is not really our normal people’s type of cool. They act like the game doesn’t matter and keep saying the same thing, saying there are other stuff they can be doing instead of playing, heck, they sometimes taunt the hell out of you with the very same sentence. These players try to apply reverse psychology on the others so many times, but in reality, they just fell insecure about their gameplay and themselves.

Even though League of Legends nowadays is pretty loud and noisy, there are still some players never type more than needed, their only interest is winning thus the best kind of players to have on your team. They are quite rare because most of the time they want to win so much without proper planning makes them Solo Players, but when they actually care they are the people your teammates need you to be.

No one is perfect, sometimes, you just have a really bad day and it affects your mood heavily. Negative vibes can spread easily and quickly, don’t let it control you. League of Legends is a extremly fun game to play, but it will only be enjoyable if the cooperative aspect is remained. Have you ever been or seen someone in these situations we listed above, share with us in the comment section.