League of Legends Transfer News: Free Agents All Across The Region Including 2 Worlds Championship Winner 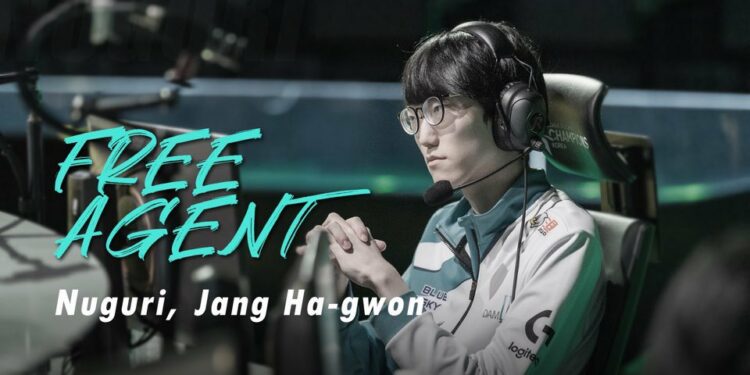 The end of Worlds 2020 means there will be multiple free agents available for competitive teams to transfer and grab.

Begin with our champion – DAMWON Gaming, they had recently announced that their contracts with Nuguri and Beryl had ended. They also shared that these players are aiming at become a free agents rather than resign there contracts. DWG themselves stated that they will try their best to keep these 2 top players in their line-up.

LCK runner-up – DragonX created a shockwave when they announced that 4 players in DragonX has reached the end of their contracts, this includes Doran, Chovy, Deft, and Keria. With the rather disappointing result that they achieved in the journey of Worlds 2020, 2021 may be the year of a completely new DragonX lineup.

Jelly, SS, Hoon, All-in, Mystic, and Ben has reached the end of their contract. Their jungle player – Spirit has also been announced that he will now become their coach for the Academy team alongside Alvingo.

Besides that, Dread has resigned his contract with Afreeca Freecs. Up until this point, Afreeca Freecs’ line up remains Kiin on the top lane, jungle Dread, and Fly as mid lane player.

Similar to DragonX, 2021 is gonna be a fresh year for their line-up. Recently, they had said farewell to 7 players in their team, this includes Smeb, Ray, Sohwan, Bono, Malrang, Kuro, and TuisiN. They have resigned their contract with all of their coaches.

Hanwha Life Esports’ duo couple – Vipers and Lehends will leave their team. Their jungle player – CaD’s contract also has ended but it seems like he will stay with Hanwha for another season.

They have resigned a 2-year contract with their support player – Life and bid their farewell to Kellin – their substitute player.

AD Carry – Route resigns his contract with them and Support Player – Gorilla is leaving.

They have announced that they are disband from now on, due to Jin Air GW can’t secure their slot in LCK Spring 2021.

They have announced that 3 players will be leaving there team, this includes Kumo, Goldenglue, and Bang.

Most of the main players of Golden Guardian will find their new path with other teams. This includes Hauntzer, Huhi, Damonte, FBI, and Closer. After leaving, FBI and Closer immediately joined 100 Thieves.

V1per, Fenix, and Froggen will also leave to Dignitas.

2 AD Carry of these team will find a new team. They are Crownshot and P1noy.