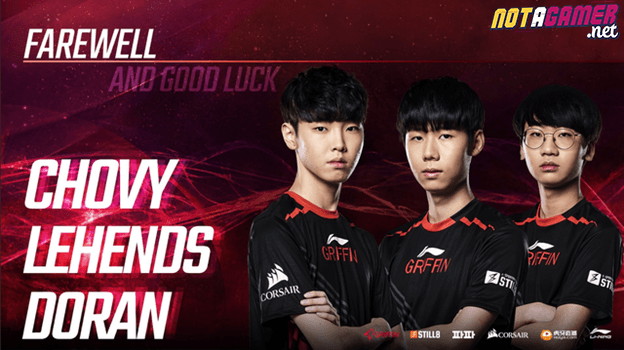 Chovy, Lehends and Doran were told to leave Griffin. Among them Chovy is the most sought after player when there are many rumors, from China to Korea, that he will join Royal Never Giveup, SKT, Edward Gaming and more recently DragonX.

The first announcement came from Efeng, former CEO of Invictus Gaming and Edward Gaming, when he posted on his Weibo and said Chovy and Doran would move to DragonX after rejecting many new words from LPL and N.A.

Previously, Coach Hanyi of Victory Five team also posted on a personal page that implied that Chovy would not go to China.

The common point of these lines is that Chovy is extremely close and wants to play with Deft next season.

In addition to the possibility that there will be Doran, DragonX has a pretty good trilogy, if only in the LCK.