League of Legends Trash Talk: MSI 2019 – Player of Team G2 Esports claims to crush Faker, and the boss laughs with tears because “all practice match lose” 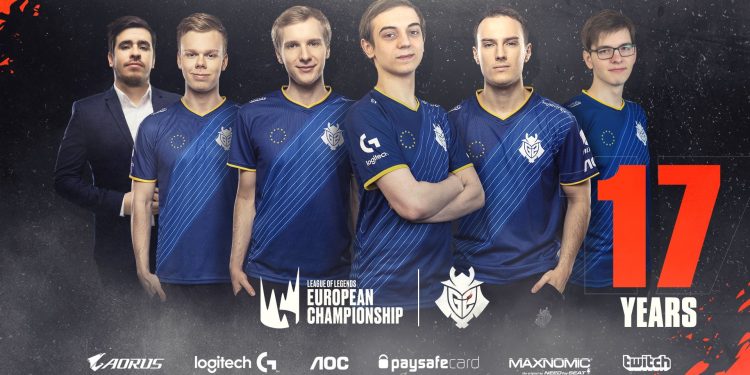 As a move to increase the attractiveness of the ongoing MSI 2019 tournament, G2 Perkz – G2 Esports’ ADC Player – LEC Regional Representative recently released an eloquent statement on Twitter about the to crush Faker at MSI this year:

You won’t believe what Caps just told me

It seems that the tradition of Trash Talk before the tournament has been raised to a new level by Perkz, now that this guy has learned to no longer explode and instead “speak for his friend”, with the statement. Caps’ will crush Faker.

In fact, we can’t confirm whether or not Caps have a statement like Perkz’s claims, but it’s okay, showing confidence before a big tournament is a good thing. Especially when confronting SKT, if you show fear and worry, it is almost impossible to win.

But the story does not stop simply like that, right after Perkz has a “boom” on Twitter, G2 Esports CEO – Ocelote also immediately makes fun by posting a strange tweet:

Even so depressed that the team home will “lose to both MSI and the summer” in the comments to fans.

This is clearly an unusual move from Ocelote because there is no team that has publicly declared their practice results just before an important tournament like MSI. However, the organization of G2 Esports has always been famous for its powerful these show Trash Talk , and the fact that Ocelote posted this tweet right after Perkz announced “Caps will crush Faker” seems to create a Funny

Or maybe, this is a tactical move to distract other teams? Often scrims are just the place where teams train basic tactics together, while the LEC EU is famous for hiding the cards that are frivolous to the last minute, and the whole practice of losing doesn’t mean anything. are other teams that can be subjective to G2.

Anyway, G2 Esports members’ Trash Talk have also more reasons to expect an exciting match between them and SKT T1 at the MSI 2019 Group Stage that is about to take place in the next few days.