League of Legends: Tyler1 wants G2 Esports to lose 3 – 0 in the final for G2 fan insulting Faker and SKT 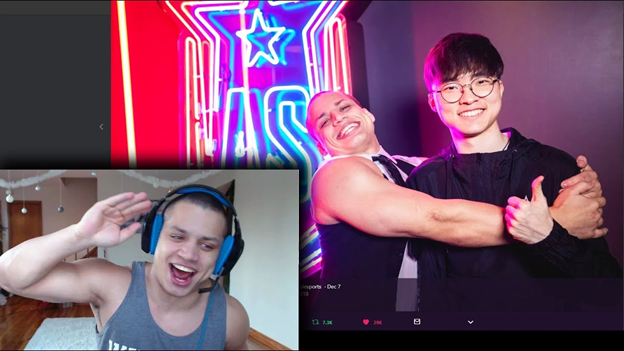 G2 Esports is the biggest candidate for the 2019 World Championship after winning 3-1 against SKT in the semi-finals. This is an extremely convincing victory for the LEC champion but it also makes many people uncomfortable. This is all because of the Trashtalk style of G2 Esports and the fans. Most notably, the North American community, including Tyler1 when G2 Esports mentioned N.A.

As a popular North American gamer, Tyler1 is clearly annoyed with G2 Esports fans. During the broadcast on November 4, he said, “I look forward to seeing G2 Esports fail at this year’s finals.”

Many viewers watching the stream thought Tyler1 suddenly had a “regional love”, annoyed and jealous when Europe succeeded while North America failed. But the truth is not so.

Tyler1 shared that he really admires Faker. So seeing Faker trembling and losing to G2 Esports made the Tyler very sad. Therefore, he wants G2 Esports to lose so that their fans will have to experience the feeling he used to face.