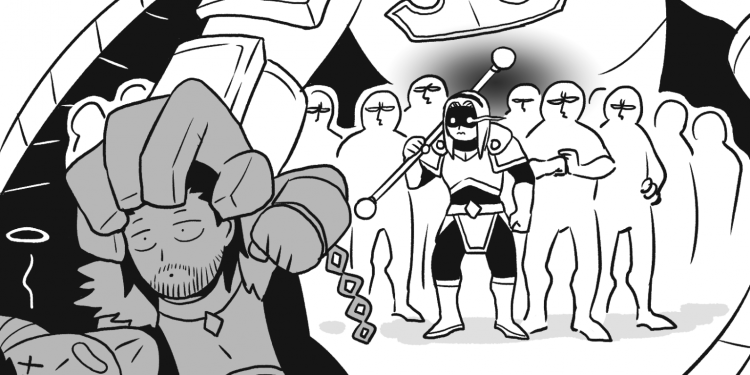 Note: This is just a fun fan theory about Riot’s latest Cinematic for the new Season 2020.

Just in case if you haven’t seen League of Legends’ Warrior Cinematic:

1. To begin with, the Might of Demacia, Garen (Mid) who tried to 1 vs 1 enemy Sylas, but got ignited. So, he had to run back to his base.

2. Ezreal ADC bought Tears of Goddess but has no clue how it works.

4. Meanwhile, Lux Support got disconnected and killed by minions.

10. Ezreal tried to steal some Cs by using his (R)

13. Meanwhile, at bot lane, Top and ADC were still fighting over cs…