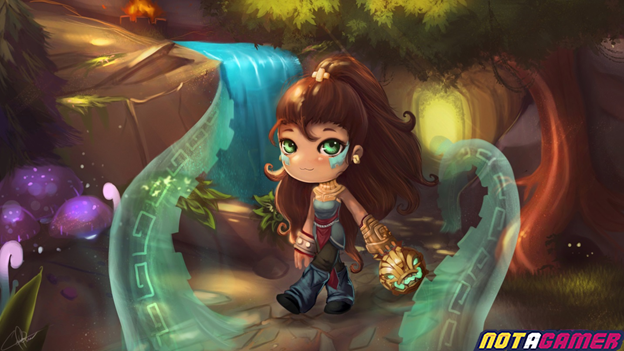 In the world of League of Legends, Illaoi possesses a not-so-sweet, charming appearance like other female champions like Ahri, Sona, Miss Fortune. But Illaoi had a strong, strong body, ready to take down anyone who wanted to attack her.

In her world, Illaoi is a prophet, she uses a giant golden statue to remove enemy souls from her body and smash their perception.

Every challenger soon discovers Illaoi is never alone in battle – the Snake Islands’ gods always stand by her side.

According to the story of Illaoi, she is Gangplank’s first love. In a Miss Fortune conversation, an entourage talking about Illaoi, she revealed that Illaoi and Gangplank had a “relationship” with each other. It can be said that this is a “one-night affair” between these two champions.

The dialogue between Miss Fortune and Illaoi is in Chapter I, part 3 of the Shadow and Fortune story – A Harrowing Story.