League of Legends Wild Rift: Users of iOS (iPhone) will be playing Wild Rift before Android? 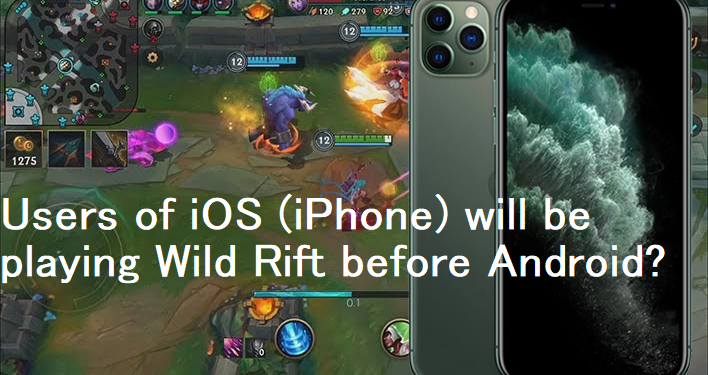 A lot of information is introduced but all of them come from the revelations of the Brazilian and Chinese communities, and have not been able to guarantee the accuracy and most recently, when looking at the Wild Rift Web site we saw Something special

Before reading on you can find out the information disclosed here

League of Legends Wild Rift: Mobile version of LoL will not have jungle items

League of Legends Wild Rift: The beta version of LoL Wild Rift continues to be tested in Brazil

League of Legends Wild Rift: There will be special champions that only appear on LoL Mobile

Although it is not known exactly when Wild Rift will be released, but LoL Wild Rift has been one of the most discussed topics, when everyone is curious about what changes the mobile version will change, and most importantly, Does it keep the essence of the PC version?

Admittedly, LoL Wild Rift has garnered a lot of attention. However, the absence of announcements of updates and release date has made the of the fans a bit depressing. But once officially launched, Wild Rift promises to be dangerous opponent to the other MOBA Mobile.

In addition, the small text below is “Coming soon to the App Store”, is this a special way to reveal that Wild Rift will be experienced soon on iOS and then Android?

Of course they are just our speculation and we have to wait a bit longer to play LoL Wild Rift. But do not worry, Riot Games has been speeding up the launch of the game so soon we will experience Wild Rift.