League of Legends: Wolf officially announced his retirement, the story of a legend leaving the glory 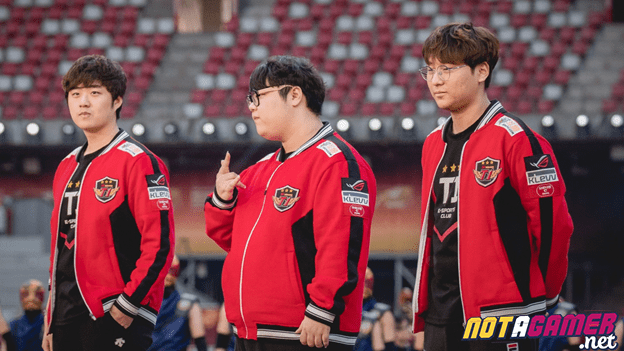 Every time we talk about the best support players SKT has ever had, we can’t help but talk about Wolf. His real name is Lee Jae-wan (이재완), he started his professional competitive career in 2012 when he played for NaJin Shield as support. Over time, the Wolf name became more and more popular and received the attention of many teams including SKT T1 S: one of the two small teams of SKT.

In 2015, the two teams SKT T1 K and SKT T1 S were merged into SKT T1. With the departure of PoohManDu ,, Wolf was put on the roster for support and competitions with Bang, increasingly confirming his name in the SKT shirt.

The team participated in the 2015 SBENU Champions Spring, where they won the championship after defeating GE Tigerers in the 3-0 final. The victory of SK Telecom helped them to attend the 2015 Mid-Season Contest, where they reached the final but lost to EDward Gaming 3-2. SKT topped the regular SBENU Champions Summer 2015 season after only dropping one set for the whole season. They defeated KT Rolster 3-0 in the final of the play-off round to qualify for the 2015 World Championship as the top seed from South Korea.

Through 2018, Wolf’s performance was going down and that year SKT could not even win a ticket to attend the world championship. With the performance and skills going down, entering the transfer market before the 2019 season – A painful decision came from SKT T1 when the organization decided to restructure the squad and terminate the contract with many of my players and including Wolf Wolf’s career was in a different direction when he decided to move to Bahçeşehir SuperMassive in Turkey. However, he did not have success when they were unable to attend the 2019 world championship

After this defeat, Bahçeşehir SuperMassive also officially announced that Wolf will leave the team and they will not re-sign the contract box with Wolf, after many years of his top competition: Wolf officially said goodbye to LoL fans, as well as the entire world, according to Inven’s interview

A legend of SKT has left the glory of the professional arena. Let us wish Wolf will meet many successes in the future